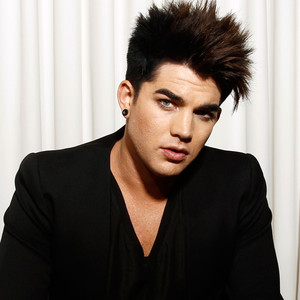 I wouldn't ever give myself the label bisexual, but bi-curious, yeah

I think theatricality is just one way of performing. I don't think it's a better way or the way, but it's my way.

What is the relationship of Adam Lambert?

Now moving to Adam Lambert’s relationship status, Adam is openly gay and was in a relationship with Finnish entertainment reporter and reality TV personality Sauli Koskinen from November 2010 until April 2013.

Who is Adam Lambert?

Adam Lambert is an American singer, songwriter, and stage actor. Since 2009, he has sold over 3 million albums and 5 million singles worldwide.

Adam is best known for his finalist in the eighth season of American Idol in 2009. His huge vocal range and glam-rocker style made him a standout. Adam came in second place.

His birth name is Adam Mitchel Lambert. He was born on January 29, 1982, in Indianapolis, Indiana, U.S.

He was born to his mother Leila, a dental hygienist; and father Eber Lambert, a program manager for Novatel Wireless. His ethnicity is mixed(Norwegian and Jewish).

He has a younger brother, Neil. After his birth, his family moved to San Diego, California. When he was 9 years old, he began performing with the Metropolitan Educational Theatre Network (now MET2).

He was interested in acting so a few years later, he began training more intense acting and vocal coaching, at MET2 and what was become the Broadway Bound Youth Theatre Foundation. Later he shifted to Mesa Verde Middle School and Mount Carmel High School.

He used to take part in theater and choir, he was also one of the members of the school’s jazz band and completed in the local Air Bands competitions.

He was featured in local professional productions such as Hello, Dolly!, Camelot, The Music Man, Grease, Chess, and Peter Pan, at venues such as The Starlight, The Lyceum, and others.

In 2000, he graduated and attended California State University, Fullerton, but left after five weeks to Los Angeles. He dropped out of college to pursue his dream.

Lambert started his career in acting, music, and singing during his school days. An aspiring singer and performer moved to Los Angeles, California.

First, he started his career in LA by doing odd jobs for his living, and at the same time, he was also learning the theater. He also tried his hand at music, performing in a rock band and doing studio session work.

By 2004, Adam was making a name for himself in the Los Angeles area. He played a small role in The Ten Commandments a the Kodak Theatre alongside film actor Val Kilmer.

He began regular performances in The Zodiac Show, a touring revue of live music and talent that was co-created by Carmit Bachar of the band Pussycat Dolls.

During his time with Zodiac, Lambert wowed fellow performers with his vocal range. He also began writing his music with review; one particular original song, “Crawl Through Fire”, was written in collaboration with Madonna’s guitarist, Monte Pittman.

In 2005, Lambert landed an understudy spot as Fiyero in the play Wicked, first with the touring cast and then with the Los Angeles cast of the production.

Adam’s American Idol journey, he stepped into the national spotlight in 2009, when he became a finalist on the eighth season of the popular vocal competition show American Idol.

His performance of Gary Jule’s 2001 arrangement of “Mad World” earned a standing ovation from the show’s harshest critic, Simon Cowell.

Ada’s vocal range, along with his jet-black hair and heavy mascara, earned him comparisons to glam rockers like Freddie Mercury and Gene Simmons.

Adam Lambert’s recent projects, Despite Adam’s American Idol loss, Adam’s debut album, For Your Entertainment (2009), was a huge success, debuting at No. 3 on the Billboard 200 chart. In 2010, Adam was nominated for his first Grammy Award, for his hit “Whataya Want From Me”.

In May 2012, Adam released his second studio album, Trespassing, which met with wide acclaim; Trespassing landed at the No.1 spot on the Billboard 200, and more than 100,000 copies of the album were sold by June 2012.

In a Billboard review of the album, Adam is noted for demonstrating “the raw energy that would make him a great frontman for a band like, say, Queen”.

The speculation soon proved to be true, and the pop star began performing with Queen-including guitarist Brian May and drummer Roger Taylor in Europe in June, as part of a tour to honor the late Freddie Mercury and raise money for organizations dedicated to AIDS awareness.

Following shows in Ukraine and Moscow, Adam  Lambert sang with Queen in Wroclaw, Poland, and is slated to give several London performances with the band throughout July 2012.

How much is Adam Lambert’s Net Worth and Salary?

Adam Lambert has a net worth of 16 million dollars but his salary is yet to be revealed.

Adam Lambert and Demi Lovato shut down Rumors of Tour Beef and also there have been many rumors related to his affairs and girlfriends.

But, there hasn’t been any controversy over Adam to date.

Adam’s physical presentation, His height is noted to be 6 feet 1 inch with his last noted weight of 78 kg which is perfect for his height.

Adam has a shoe size of 11 (US). He has black hair color and blue eye color.