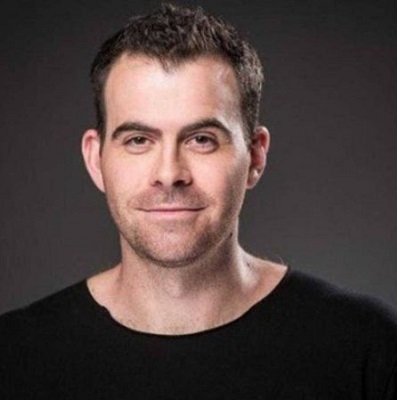 I just think it's a terrible idea, right now, there are more people who work on integrity and safety issues at Facebook than anyone who works at Instagram. ... If you split us up, you would cut that off, and it would make those problems that much more difficult.

Regulation is important and necessary, but I'm not convinced breaking us up is the right path. Would love to chat about it if you're open.

We believe in giving people a voice and that we can not become arbiters of truth ourselves, so we’re approaching this problem carefully, we’ve focused our efforts on the worst of the worst, on the clear hoaxes spread by spammers for their own gain, and on engaging both our community and third party organizations.

Adam Mosseri is a married person. He has walked the aisle with his longtime girlfriend Monica on September 8, 2013.

Who is Adam Mosseri?

Adam Mosseri is an American successful entrepreneur who is well known as the CEO of Instagram. He has served as an executive at Facebook where he is credited for establishing the platform’s News Feed page.

He was born on January 23, 1983, in New York, USA. He has not disclosed anything about his parents and childhood. Furthermore, he has mentioned in his social media that he has a younger brother.

Adams holds American and Israeli citizenship but his ethnicity is unknown.

He joined New York University‘s Gallatin School of Individualized Study and graduated in 2005 with a bachelor’s degree in information design.

While he was in his university time, Adam Mosseri started Blank Mosseri, a design consultancy company that focused on interaction, graphic, and exhibition design in 2003.

Later, he joined TokBox in 2007 as the product designer and UI Engineer. From September 2006 to May 2007, he also worked as an Adjunct Professor at the Academy of Art University.

Mosseri started working at Facebook in 2008 as a product designer and was promoted as product design manager in 2009. Adam Mosseri oversaw Facebook’s News Feed section from 2012 to 2016. From 2016 to 2018, he also served as vice president of product for Facebook.

In May 2018 he joined Instagram as it’s vice president and Facebook announced that Adam Mosseri has been named the new head of Instagram on October 1, 2018, after founders Mike Krieger and Kevin Systrom resigned in September 2018.

He was recognized as a Facebook “Power Player” by Business Insider in 2015. Also, he was was a keynote speaker at the International Journalism Festival in Perugia, Italy in 2017.

Adam must have earned a huge sum of money from his career however, he has not revealed his exact salary and income.

However, his net worth is estimated at around $120 million.

Mosseri was vocal about Facebook’s role in providing security and trustworthy news during the 2018 Cambridge Analytica scandal.

Also, he became the spokesperson for Facebook’s stance on “fake news” after the 2016 presidential election.

Adam Mosseri has dark brown eyes and black hair. But, other information regarding his height, weight, shoe size, dress size, etc. are not available.

To know more about Yaron Varsano, Christopher Knight, and Brenda Vaccaro, please click on the link.