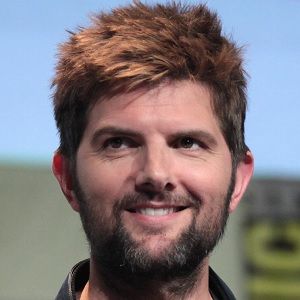 What is the relationship of Adam Scott?

Adam Scott is a married man. He married an American film producer, Naomi Scott in 2005.  And, the couple is also blessed with two children, Frankie Scott, and Graham Scott.

Despite being a celebrity, Adam has kept his personal life a bit private. They have attended some reality shows. But so far, they have not shared about their married life with the public and media.

Also, there are no rumors about his personal life and affairs. So he must be very happy with the marriage and he must have been getting the most out of it.

Who is Adam Scott?

Adam Scott is an American actor, director, and screenwriter. In addition, he is also a producer and comedian.

He is widely popular for his role in The Vicious Kid, Parks and Recreation, Step Brothers, Party Down, Krampus, and Big Little Lies. Currently, he is the co-star of the sitcom Ghosted.

Adam Paul Scott was born on April 3, 1973. The couple Douglas Scott and Anne Scott gave birth to Adam in Santa Cruz, California, US.

Both of his parents are retired teachers. He also has one brother, David Scott, and one sister, Shannon Scott.

Talking about his childhood, he was raised by his parents in his hometown. But as of now, he has not shared many of his childhood experiences and memories with us.

As regards Adam’s academic qualifications, he graduated from the American Academy of Dramatic School. In addition, he also graduated from Harbor High School.

Adam has been active in Hollywood since 1994 and is still continuing his professional career. After completing his graduation, he made his film debut in 1994 as Joe in Cityscapes: Los Angeles.

Until now, Adam has an appearance in many numbers of movies. And, some of his best works can be found in the movies including, High including Crimes, Leap Year, Star Trek: First Contact, The Secret Life of Walter Mitty, Krampus, and The Vicious Kind.

Recently in 2017, he was also seen in The Disaster Artist, Flower, Little Evil, and The Most Hated Woman in America.

His television works are much more notable than his film career. He made his first appearance on television as Dan in Dead at 21.  And since then he has contributed to lots of television series.

So far his role in Parks and Recreation, Children’s Hospital, Big Little Lies, Six Feet Under, and Ghosted have given him a huge amount of fame.

Being a huge fan of U2, he created the podcast U Talkin’ U2 To Me? Furthermore, he appeared as a guest in other podcasts as well.

Scott starred in the Apple TV+ show Severance in 2022.

He has also got a nomination for Gold Derby Awards, Film Independent Spirit Awards, Critics Choice Television Awards, and numerous others.

Adam Scott: Salary and Net Worth

As regards Adams’ salary and net worth, he has been able to earn the wealth of worth $2 million. But, the detail regarding his salary is currently unavailable.

So far, Adam has maintained a fair distance from rumors and controversies. As of now, there are no rumors about his personal and professional life.

Adam is 5 feet 10 inches tall guy. He weighs about 75 Kg. He has brown hair and brown eyes.

Furthermore, he wears a shoe of size 10. But, many other details regarding his body measurements are currently missing.

You may also like to read Kimberly J. Brown, Kristy Swanson, and Chloe Bridges.

One of the humorous actors around, Adam Scott!! Know about his life behind the screen and his Anti-Trump kids!!