Adam Shankman is a producer, dancer, author, actor, and choreographer. He is in a relationship.

Adam Shankman is openly gay. He is engaged with his boyfriend Frank Meli. He works in casting and reality television.

He met Frank at his birthday party and soon fell in love with him.

On 15th February 2018, he was caught rejoicing in the valentine’s day with his soon-to-be spouse, whom he mentioned as @iamfrankmeli on his Instagram.

Furthermore, he is thinking of starting a new family with his partner who has already shared an engagement ring with him. 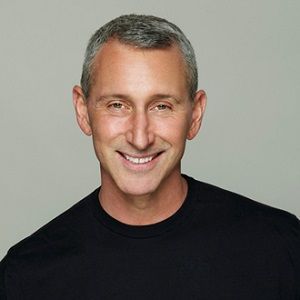 Who is Adam Shankman?

Adam Shankman is a producer, dancer, author, actor, and choreographer. Similarly, he was a judge on seasons 3-10 of the television program So You Think You Can Dance.

Likewise, he began his professional career in musical theater and was a dancer in music videos for Paula Abdul and Janet Jackson.

He was born on 27th November 1964 in Los Angeles, California, US. He is the son of Ned Shankman and Phyllis Shankman. Similarly, he has a sister Jennifer Gibgot.

His mother is a licensed practitioner in Gestalt therapy and his father is an entertainment lawyer and manager for such acts as Barry White, the American band X, and Sister Sledge.

His nationality is American and his ethnicity is Ashkenazi Jewish.

Talking about his education, he attended Palisades High School before attending Juilliard School.

He is a director, dancer, and producer also a judge on seasons 3-10 of the television program So You Think You Can Dance.

Similarly, he began his professional career in musical theater and was a dancer in music videos for Paula Abdul and Janet Jackson.

He has choreographed dozens of films and directed several feature-length films. The films are A Walk to Remember, Bringing Down the House, The Pacifier and the 2007 remake of Hairspray.

Similarly, Adam Shankman’s company Offspring Entertainment (which he co-owns with his sister) produces films and television for various studios and networks.

Furthermore, the book is co-written with author Laura Lee Sullivan. It follows the story of rags to richesLucille O’ Malley as she becomes Hollywood’s “it girl”, navigating a murder mystery and meeting her match, Frederick van der Waals.

In the year 2010, he was nominated in Primetime Emmy Awards for Outstanding Choreography and Outstanding Special Class Programs for The 82nd Annual Academy Awards.

Similarly, in 2002, he won the Giffoni Film Festival Award for A Walk to Remember.

After that, he won The Webby Awards for Online Film & Video Comedy, Individual Short or Episode for Prop 8 The Musical.

The net worth of Adam Shankman is around 6 million dollars as of 2022.

He is the kind of person who does multiple works like a film director, dancer, producer and many more.

So, he might earn a huge amount of money. But he has not revealed his salary and incomes.

Talking about Adam Shankman’s body measurements, he has a decent height and weight.

His hair color is salt and pepper and he has brown eyes.

Tom Welling
Tags : American film director Producer So You Think You Can Dance