Adan Allende is an aspiring recording artist. He is the younger son of Fernando and Mari.

Adan Allende isn’t engaged in any relationship currently. Even if he is having an affair with someone there is no information about his love interest. He seems to be more focus on building his career now. 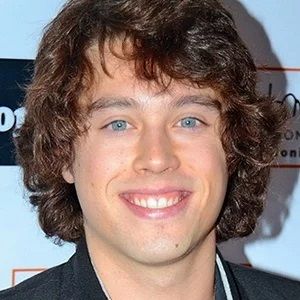 Who is Adan Allende?

Adan Allende is an American actor. Adan Allende is well known for his appearances throughout film and TV including in the cult-favorite Sci-Fi channel original film Slayer.

Moreover, he is also famous for his performance in Maria. He has also starred in the movie Caribbean Patrol along with his brother Élan and his father, Fernando Allende.

Allende was born on July 5, 1992, in the United States. His father is a Mexican, and his mother is from Cuba. His mother’s name is Mari Mediavilla.

He attended Televisa San Angel and then he graduated from Televisa CEA.

Adan began his career when he was at the age of 6 taking summer acting workshops. Later he was chosen to star in the film Maria, to play the same character as his famous father Fernando Allende did 40 years earlier.

After that, at the age of 9, he has represented the Aspen Snowboard Team at the USA National Snowboarding Competition held in Mammoth Mountain, where he received 8th place. Then he appeared in Aspen’s Soccer, Golf, Football, Baseball, and Skateboard Teams.

Adan also starred in the movie Caribbean Patrol along with his brother Élan and his father, Fernando Allende.

He appeared alongside Lynda Carter in the 2006 TV film Slayer. Adan Allende is a member of the famous Movie Actor list. The actor is famous for his appearances throughout film and TV, including in the cult-favorite Sci-Fi channel original film Slayer in 2006. Moreover, he also appears asToby in the 2016 film Toby Goes.

Likewise, in the year 2017, he also appeared in the series as Emile/Mutney,  alongside Danielle Campbell, Joel Courtney, Cameron Palatasthis. This movie is based on the two girls, Maddy and Cole, who were inseparable friends until high school began and the girl Maddy became the most popular girl on campus.

Similarly, she worked in sinverguenzas; as a rich kid alongside, Fernando Allende, and Alejandro Antonio, and the movie Slayer; as Seller’s Grandson along with Tony Plana, Kevin Grevioux, and Lunda Carter.

He is currently promoting his first single, Nunca Me Sueltes/Don’t Let Me Go, as a solo artist which will be releasing on April 30, 2019.

The actor has received the Silver Jaguar Award for outstanding performance and hard work from the Acapulco International Film Festival for his best-known movie Maria in the year 2010.

Adan has earned a considerable amount of money from her professional career. As an American reality star, he has several sources of income and is paid well as a salary.

The information about Adan Allende’s height and weight is unknown. He has light brown colored hair and blue colored eyes.

The actor is active on different social media platforms. He has over 4.2K followers on Twitter and 27K followers on Instagram. Likewise, his Facebook page has more than 33K followers.

You may also like to read Rhashan Stone, Michael McIntyre, and Matt Lucas.