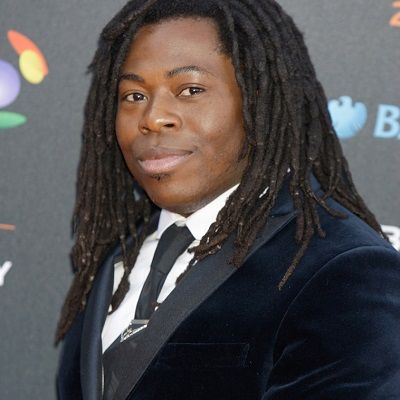 They first met at the National Television Awards at the O2 Arena and were married on 19th August 2018.

According to some magazines, they postponed their wedding as Linda was invited to perform at the V festival.

As of 2019, he presented a new four-part series for BBC including Africa With Ade Adepitan.

Adedoyin Olayiwola Adepitan was born on 27th March 1973 in Maryland, Lagos, Nigeria. He is the son of Ajibola Olusola and Christianah Adejoke.

His father lived in London Borough of Newham and his mother emigrated with Ade to live with his father. Ade attended the Southern Road Primary School in Plaistow which helps people with disabilities and home issues.

After that, he attended the Lister Community School in Newham, London.

When he was fifteen months old, he was stricken by polio. It resulted in the loss of function of his left leg. As a result, he uses a wheel-chair.

Ade is an accomplished basketball player for the club Milton Keynes Aces.

He featured on many programs for BBC and uses a TV platform to campaign against racism and disability discrimination.

Similarly, he was one of three wheelchair basketball players featured in the 2002 BBC One ident Hip-Hop.

He was appointed as one of the main presenters on Channel 4 of the London 2012 Paralympic Games and co-presents That Paralympic Show with Rick Edwards.

Furthermore, in 2019, he presented a new four-part series for BBC Two Africa with Ade Adepitan, traveling across Africa, from West Africa and the city of his birth – Lagos in Nigeria – through Central and Eastern Africa and on to the deep south of the continent.

Ade supports many charities. He is a patron of Go Kids Go and a supporter of the National Society of the Prevention of the Cruelty to Children Charity and the WheelPower Charity.

You may also read the age, parents, career, net worth, body measurements and social media of Kate Garraway, Graham Norton, and Paddy McGuinness