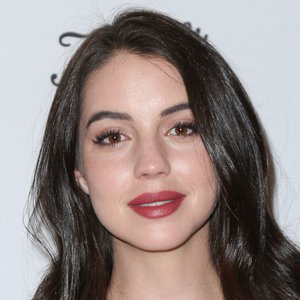 I wouldn't give up my career for somebody. The most important thing to me is my work, and reaching people through my work. It's so important to me. It's my passion

What is the relationship of Adelaide Kane?

Adelaide Kane is unmarried till now. She has been in a few relationships in her life. During her early career days, she dated actor Ian Bohen. In 2011, she began dating Connor Paolo. They broke up in 2013.

After that, Kane began dating Toby Regbo in mid-2013.

They separated in 2014 then she was in a relationship with British actor Sean Teale. In May 2017, Kane started to go out with Joey Pauline. But they got separated in June 2019.

Then, from July 2019, she is seeing actor Jacques Colimon. This couple is still together.

Who is Adelaide Kane?

Adelaide Kane is an Australian actress. She is best known for her roles as Lolly Allen in the Australian soap opera Neighbours and Cora Hale in the third season of MTV’s Teen Wolf.

She is also famous for voicing the character Queen Mala in Dragons: Race to the Edge since 2016. Kane is also popular for the portrayal of Mary, Queen of Scots in Reign (2013-2017).

Talking about her early life, Adelaide was born on 9 August 1990, in Claremont, Western Australia, Australia. Her parent’s name is unknown.

Her father is Scottish and her mother belongs of Scottish, Irish, and French ancestry. She has a younger brother named William Kane. She spent her childhood in Perth, Western Australia.

Her parents divorced when she was seven years old. Her nationality is Australian and she belongs to a mixed (Scottish, French, and Irish) ethnicity.

Kane completed her education at St Hilda’s Anglican School for Girls. She began dancing at the age of 3. She later moved to act at the age of six.

Adelaide Kane began her career as an actress working in print ads and TV commercials. She acted in many theater shows in her early career including The Wizard of Oz, Fiddler on the Roof, Oliver!, Our Day Out, and Anything Goes.

Kane then appeared as t Charlie in Pretty Tough in 2010. That same year, she played Jade Ann James in the TV film Secrets of the Mountain.

In 2013, Kane played the recurring role of Cora Hale in Teen Wolf. From 2013 to 2017, she played the main character, Mary, Queen of Scots in Reign.  Since 2016, she voices the character Queen Mala in Dragons: Race to the Edge.

She recently had roles in Can’t Buy My Love and Once Upon a Time in 2017. She has a net worth of 4 million dollars but her salary is not revealed.

Adelaide has faced several controversies due to her violent behaviors during film shootings. In 2016, she faced criticism for her rape scene in the series Reign.

Moving towards her body measurements, Adelaide Kane is 5 ft 4 inches tall. She weighs 50 kg. Her body size is 34-24-34 and her bra size is 32B. She has light brown eyes and black hair.