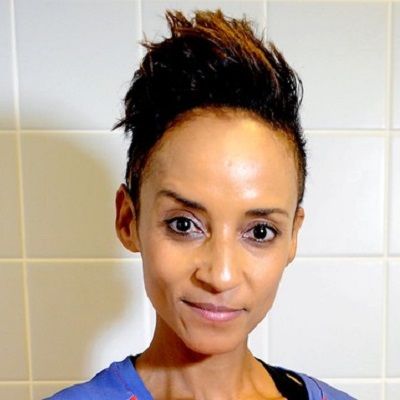 Facts of Adele A Roberts

Relationship Statistics of Adele A Roberts

Currently, Adele A Roberts shares a love bond with Kate Holderness. Kate is a British actress by profession.

Roberts’ Instagram posts suggest that she likes to spend time with her girlfriend. Her favorite pastime is swimming.

Who is Adele A Roberts?

British Adele A Roberts is a radio presenter and DJ. She is renown as a contestant of the TV series, Big Brother Season 3.

She is also an author.

Adele A Roberts was born on the 9th of March 1979, in Merseyside, England. She is of Wales-British ethnicity.

During her audition video, she rapped along with the background music. In the house, she was famous among male contestants. She was chosen as the hottest girl in the house by the male contestant.

She had maintained a flirtatious relationship with the contestant, Lee. In the conversation with Lee, she revealed that her sexual orientation is Bisexual. Apart from him, she maintained a close friendship with housemates like Alex and Alison.

Adele was quite famous among her fellow contestants and hence, she was not nominated for three weeks. However, she was evicted from the house in the sixth week of the season. She was disliked by the season audience and received extremely negative responses from viewers.

After leaving the house, She joined various radio networks like Rock FM in Lancashire, The Hits Radio in Manchester, and Galaxy in Leeds. She spent ten years with the radio network, Galaxy.

Currently, she is associated with the radio network, BBC Radio 1Xtra since 2012. She is a radio presenter and presents the show, Early Breakfast Show (4:00-6:30 AM) on the show. She also covers for the British broadcasters like Alice Levine and Clara Amfo.

In 2019, she appeared in the TV series, I’m a Celebrity, Get Me Out of Here! as one of the contestants. On the 29th of November, she was voted out. Some of her TV appearances along with the year are-

She is also an author. In 2001, she published her first book, The Adventures of Sammy the Skunk: Book 1.

She penned five more books which are the sequel of her first book.

Adele A Roberts’ Net Worth, Salary

The winning amount for the show, Big Brother 3 is £70,000 which is equivalent t0 $91k US. Furthermore, she also earns through her books.

Photos of Adele A Roberts