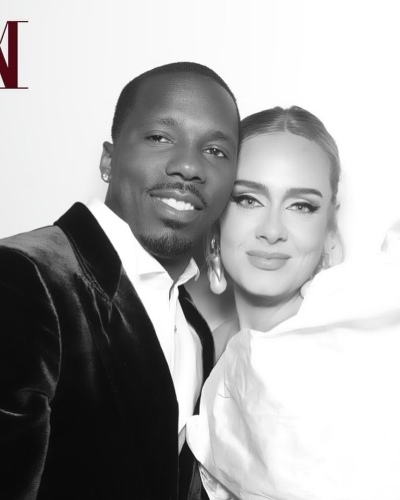 Adele made her relationship Instagram official! She was sneaky while making the relationship official by posting the picture with her boyfriend Rich Paul at the end of the post. She started the post with two of her image in a black and white gown and the third picture was her selfie with Paul. Likewise, she attended the wedding of Anthony Davis wearing a strapless black gown with white puffed sleeves.

Likewise, Adele completed the look with big golden tooth earrings. Her handsome boyfriend Rich rocked his black velvet blazer paired with a crisp white shirt. Her boyfriend Paul is a sports superagent and the founder and chief executive officer of Klutch Sports Group.

Adele and Rich have been spotted together at the National Basketball Association Finals in Phoenix, Arizona in July. Since then, they have been dining together. It is not clear when the two actually started dating each other. Her romance with Paul began after she finalized her divorce with ex-husband Simon Konecki. Adele and Simon have a son Angelo together.

Adele is an English singer and songwriter. She is a Grammy Award-winning artist with hits like Rolling in the Deep, Someone Like You, and Hello. She released her debut album 19 in 2008.