Posted on September 14, 2022 | In controversy , Relationship , Wedding
Share this 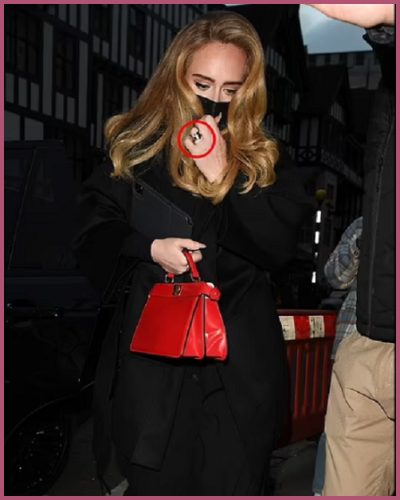 Wait! Is it confirmed Adele and her boyfriend Rich Paul tied the knot?

On Sunday evening, September 11, the British singer joined her close friend Beyonce‘s 41st birthday party in California. The party was held exclusively within the grounds of a sprawling Bel Air mansion.

She arrived at the party in the rear of a chauffeur-driven car. Besides Adele, Kris Jenner, Jaden Smith, Lily Rose-Depp, and Megan Fox, attended the birthday party.

Adele spotted with a ring at an extravagant birthday celebration

The 34-years-old singer create a huge buzz at the party event as she wore a gold ring on her wedding finger.

As soon as eagled-eye fans noticed the ring, they were left wondering if she confirmed she is married. Further, her partner Rich Paul also joined the star-studded event.

Well, the confirmation is yet to come from Adele and her current boyfriend Rich Paul.

This is not the first time, Adele caught up with the ring. In February, the rumors began when Adele was spotted wearing the same ring to the Brit Awards.

Similarly, Adele recently sparked rumors after sharing a series of selfies with her first Emmy award trophy. The slide photo showed the trophy on her coffee table which also include a personalized game box. Similarly, the cover of the box reads, “The Paul’s”.

Adele might want to keep a secret because of the collapse of her first marriage. She was previously married to a charity entrepreneur Simon Konecki.

Although the two had also a secret intimate wedding, didn’t confirm until the Grammys in 2017.

The two called it quits on their marriage after almost three years of togetherness. Also, the pair together shared a son Angelo. In 2011, the two began dating and made it official the following year.

In January 2012, the two went public while they were holidaying in Florida. The former couple then made the announcement that they are expecting a child in the same month.

As of now, the divorced couple raising their son together.

Also read Who is the ex-husband of Adele, Simon Konecki? Know about his age, childhood, career, and previous marriage!

Adele is an English singer and songwriter. She is a Grammy Award-winning artist with hits like ‘Rolling in the Deep’, ‘Someone Like You’, and Hello’. She released her debut album, ’19’ in 2008.