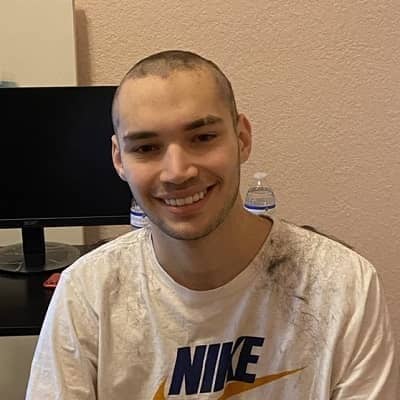 Adinross is in a relationship with a girl. She has her username as PAMIBABY on her Instagram and has over 1M followers.

Previously he dated a fellow social media star Stacey Gold. They also once appeared on his Twitch channel live. The couple later broke up.

Adinross is one of the popular internet personalities. He is popular for his various Twitch streams and the video he posts on his YouTube channel.

The star is represented by The Network Advisory.

His father is a businessman and likely, his mother is a housewife. Yet their names are not revealed.

Likely the name of the school or Universities he studied is also unknown. As per his age, he must be having his graduation soon.

Likely, his other channel Extra Adin was launched on Jan 29, 2021. It has amassed over 28K subscribers. He is active on this channel and posts often.

In April 2021, Adinross was banned from Twitch after a guest streamer used a homophobic slur in front of more than 85k viewers.

Adinrose was part of a controversy when he kissed a fellow social media influencer Corinna Kopf on live stream and even promised they would only if reached a new level of subscribers. However, it is not known whether they were dating or not.

You may also read the bio of Valkyrae, Karl Jacobs, Jack Manifold, and JustaMinx.