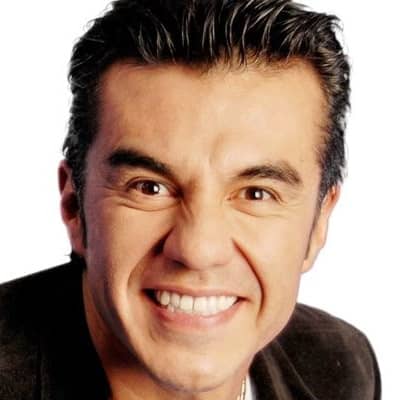 Uribe is currently engaged with Thuany Martins. On September 27, they were engaged. Martins is a Brazilian model and influencer.  This couple is blessed with a baby girl. She was born on 24th October 2020. This couple often post pictures with their baby girl.

Who is Adrian Uribe?

Adrian Uribe is a Mexican actor, television host, and comedian. He is famous for his acting skill in El Vitor, Carmelo, and Poncho Aurelio at La hora pico.

This Mexican star was born on September 8, 1972, in Mexico City, Mexico. He was raised by his mother Guadalupe Uribe. There is no information about his father. He has one sister named Laura Uribe.

Uribe belongs to the Mexican ethnicity. He graduated from Institute the of Performing Arts in Mexico City.

He is a very successful television personality. Uribe’s net worth is estimated at around $1 million-$5million.

However, His salary is unknown.

Likewise, 2 million people have followed his Facebook page. In TikTok, he has more than 628k followers.

Uribe has dark brown eyes and has black hair color. He stands at a height of 5 feet 9 inches.

Similarly, His body measurement and weight are still unknown.

This Mexican actor was possible in a relationship with actress Marjorie de Sousa. However, this couple has not committed it. According to various sources, they were spotted holding hands.

In march 9, 2015  Uribe uploaded a picture with De Sousa on his Instagram.

You may also like to read Paul Rodriguez (Comedian), Andrew Schulz, and Kristy McNichol.