Who is Adriana DeMoura Dating?

The Brazilian bombshell is currently seeing a guy named, Jacob. Further info on how they started their relationship is yet to be disclosed.

On the other, she has an interesting relationship history.

Adriana DeMoura previously was married to her first former husband, Robert Sidi. She mentioned that she ended her relationship with him after coming to know that he was having an affair with someone else.

Initially, they divorced in 2001 but united together after moving to Florida from Texas. But, in 2006 the couple split up again and never came back together.

During their togetherness, they had a son named, Alex Sidi and she even fought for legal custody of him. She even stated she was even choked, raped, and threatened by him.

Then, she married Frederic Marq, the interior designer and hotel developer. While appearing on the fourth season of ‘The Real Housewives of Miami’ she married him in front of the cameras.

In May 2021, during an appearance on ‘Watch What Happens Live with Andy Cohen’ she revealed that her marriage to him was over. Though, she did not share any details about it. 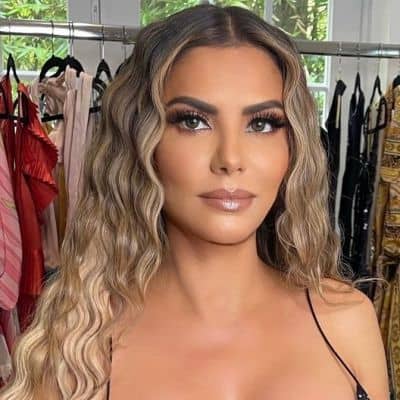 Who is Adriana DeMoura?

Adriana DeMoura is a Brazilian reality TV star, model, and actress. She rose to fame after appearing in the first season of the reality series, ‘The Real Housewives of Miami.’

Adriana de Moura was born in Brazil on November 26, 1965. The reality star is 57 years old as of 2022 possessing the Brazilian nationality. She maintains Caucasian ethnicity whereas Sagittarius is her birth zodiac sign according to the astrological chart.

She attended Sorbonne University based in Paris, France where she studied art.

The actress has not revealed the details regarding her parents, and siblings.

The reality star firstly struggled as an art gallery manager. In 2011, she appeared as one of the notable characters in the first season of ‘The Real Housewives of Miami.’

It aired its first season on February 22, 2011, including the castes Lea Black, Alexia Nepola, Larsa Pippen, Cristy Rice,  and Marysol Patton. The reality show mainly focuses on the personal and professional lives of the women residing in Miami, Florida.

All total the series has aired its three seasons from February 22, 2011.

Adrian DeMore returned back in the fourth season of the series as a friend of the housewives along with Kiki Barth.

Currently, she is the talk of the town due to her beautiful appearance. In the show, her relationships, as well as her personal life story, have been depicted. In the series, she has shared her first marriage, her first child, and life after the divorce.

One the Brazilian Bombshell has posed nude for a PETA campaign as well.

The ”The Real Housewives of Miami star, Adriana DeMoura has an estimated net worth of around 10 million USD. In addition, she is paid 75K USD for appearing per season of the series according to the Celebrity Net Worth.

Fans are always keen to know about the rumors and controversies related to celebrities. Celebrity gossip is one of the popular and interesting topics in internet culture.

However, Adriana DeMoura stays miles away from unnecessary rumors and buzzes. Therefore, it can be assumed that she has maintained a clean profile.

The precise body measurements of Adriana DeMoura, including her height, weight, hips, bust, and waist size are unavailable at the moment.

Heading towards her physical appearance, with a brown complexion, she has beautiful hazel eyes and blonde hair.

Adriana DeMoura is present on Instagram under the username, @realadrianademoura having more than 71.2K followers. Also, she is followed by around 69.8K followers on Twitter.

Additionally, there is an official Facebook page under her name, that has garnered about 626K followers.