Updated On November 15, 2022 | Published By: Akshay Boothe
Share this
Single 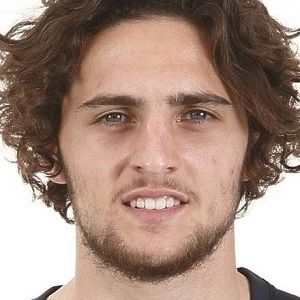 What is the relationship of Adrien Rabiot?

Adrien Rabiot is currently single. Even if he is dating or in a relationship with someone, he has not yet made his affair public to the media.

Also, talking about the past relationships, there is no information available.

Who is Adrien Rabiot?

Adrien Rabiot is a French football player who is currently playing for Paris Saint-German as a central midfielder.

Adrien was born on 3 April 1995 in Saint-Maurice, France and is 23 years old. His birth name is Adrien Rabiot Provost.

He was born and raised up in Saint-Maurice, France. He is a French and had a great interest in football since childhood and played for many clubs at a very young age like Créteil-Lusitanos and Manchester City.

Adrien’s education history is not mentioned or available via any sources.

Since Rabiot’s childhood, till date, he has been playing football and made his passion his profession. He is playing as a central midfielder for Paris Saint-German and has helped his team win many trophies.

He started his career from his childhood as a football player. He used to play for youth clubs. He used to play for Camp des Loges. Then on 2 July 2012, he decided to join Paris Saint-German by signing his first ever professional contract. In 2013 he was loaned by Toulouse and he scored his first ever professional goal from the Toulouse. He was recognized by many when he scored a penalty taking PSG to knock out stage.

Adrien Rabiot: Salary And Net Worth

He has many rumors related to his transfer. He has been a target of many big clubs like Arsenal, Juventus etc.