Affion Crockett is an American actor, comedian, and rapper. 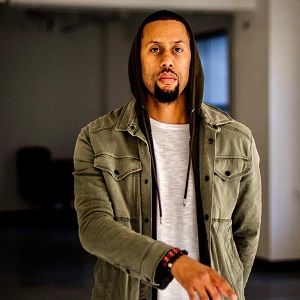 Who is Affion Crockett dating?

The 47-year-old American singer and actor, Affion is an unmarried man.

Talking about his past relationship, he has never been involved in any relationship. As per the reports, Affion is currently single.

Who is Affion Crockett?

Affion Crockett is an American actor, comedian, and rapper. He is famous for her roles in The Wedding Ringer, Wild ‘N Out, and A Haunted House 2. Moreover, he also appeared in HBO’s Def Comedy Jam in 1996.

There is not any information regarding his childhood, father, mother, siblings, and family background. Concerning his education, Affion completed his graduation from Fayetteville State University with a bachelor’s degree in Business.

Affion Crockett began his acting career in 1996 on HBO’s Def Comedy Jam. In 2000, he appeared in Charlie’s Angels followed by 2002 For the Love of Money and Rocket Power.

Furthermore, he was also a cast member of the game show Wild ‘N Out, featuring Nick Cannon. Some of his notable movies include The Wedding Ringer and A Haunted House 2.

Additionally, he has also starred in Soul Men with Samuel L. Jackson and The Wedding Ringer with Kevin Hart, and Pixels with Adam Sandler.

Besides this, Affion appeared and produced his own sketch comedy show on Fox named In the Flow with Affion Crockett. The show was produced by Jamie Foxx. Some of his other works include Fifty Shades of Black, Family Guy, Baggage Claim, Dance Flick, and a few more.

Being a comedian and producer, he pockets a massive amount of money from his profession. Currently, he has a net worth of $6 million (2022).

Affion has a height of 6 feet 1 inches and his weight is unknown. Moreover, he has a pair of black eyes and black hair. Apart from that, there is not any information regarding his other body measurements.

Also get to know more about the birth facts, education, career, net worth, rumors, height, and social media of different personalities like Jamal Woolard, Supreme Patty, and Simon Rex.