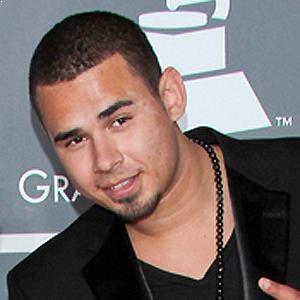 When you're walking down the street or in the car just listening to the radio, and you're, like, 'Oh, that's my song.' You want to say, 'Hey Mom!' That never changes.

What is the relationship of Afrojack?

Nick van de Wall (Afrojack) dated Dutch model Amanda Balk for a brief amount of time. After their breakup, Amanda gave birth to a daughter, Vegas. From 2011 to 2012, he was in a relationship with American socialite Paris Hilton.

Furthermore, Afrojack reportedly got in a relationship with model Lauren Meditz in 2015. The relationship did not last long and they soon separated in 2016. At present, he is believed to be single.

He released his debut album ‘Forget the World’ in 2014. Additionally, he frequently features in the top 10 of DJ Mag Top 100 DJs.

Afrojack was born in Spijkenisse, Netherlands on September 9, 1987. Currently, he is 34 years old.

He became interested in the world of music in his childhood years and learned to play the piano at the age of five. He is of Dutch nationality. Furthermore, he belongs to a mixed ethnic background of Surinamese and Dutch.

Talking about his education, after leaving school, he studied graphic design for a year and later embarked on a career as a DJ/producer.

Afrojack initially started DJ’ing at local pubs and clubs at the age of 14. He released his first recording under the Afrojack name in 2007.

His international breakthrough came with the song ‘Take Over Control’ featuring Eva Simons. This charted in 10 different countries. Additionally, in July 2010, he created an Essential Mix for BBC Radio 1.

He has collaborated with numerous artists including David Guetta, Mike Brown, and Madonna. Additionally, he released his debut album, ‘Forget the World’ on May 19, 2014. In addition, Afrojack runs his own label, Wall Recordings.

He has not revealed his current salary.

However, he has an estimated net worth of around $ 60 million at present.

Afrojack became part of a controversy after Lauren Meditz filed a lawsuit against him and demanded $25 million to settle the case.

She accused him of being aggressively controlling and forcing her to neglect her friends and family.

Additionally, he also became part of another controversy due to his comments regarding rapper Eminem.

Talking about his body measurement, Afrojack has a height of 6 feet 9 inches or 206 cm. Additionally, he weighs around 101 kg.

Afrojack is active on social media.