Afton Smith is an American actress. She has never been involved in any affairs. 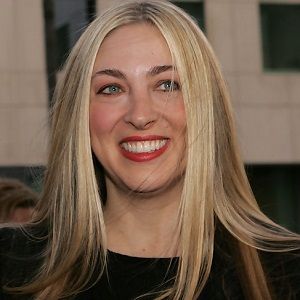 What is the relationship of Afton Smith?

The 50-year-old American actress, Afton was previously married to actor Brendan Fraser. The couple tied their knot on September 27, 1998.

Together, they also welcomed three children, Griffin Arthur Fraser, Holden Fletcher Fraser, and Leland Francis Fraser. However, the couple couldn’t continue their relationship for so long and divorced in April 2008.

Currently, Afton is enjoying her single life and living elegantly.

Who is Afton Smith?

Afton Smith is an American actress. She is popular for her roles in George of the Jungle, Reality Bites, and Fried Green Tomatoes. Furthermore, she has also written a book named “Hollywood Picks the Classics: A Guide for the Beginner and the Aficionado”.

Afton began her major acting career with the 1987 film Less Than Zero. After a couple of years, she appeared in the 1991 movie Fried Green Tomatoes followed by Reality Bites. Furthermore, she got huge recognition for her role in George of the Jungle in 1997.

In addition, she also wrote a book titled “Hollywood Picks the Classics: A Guide for the Beginner and the Aficionado”. Besides this, she was previously married to Brendan Fraser.

Being an actress, she earns a decent amount of money from her profession. However, her salary is unknown. As of 2022, she has an estimated net worth of $3 million. So far, she has not won any awards in her career.

Once, Afton came into the headline after she accused her husband saying he is lying about not being able to afford spousal support fees. Besides this, there are no rumors regarding her personal and professional life.

Afton has a height of 5 ft 7 inches and her weight is unknown. Moreover, she has a pair of beautiful blue eyes and blonde hair. Apart from that, there is not any information regarding her other body measurements.

Afton is not active on social media at all. As of now, she doesn’t hold any of these social accounts such as Instagram, Facebook, and Twitter.