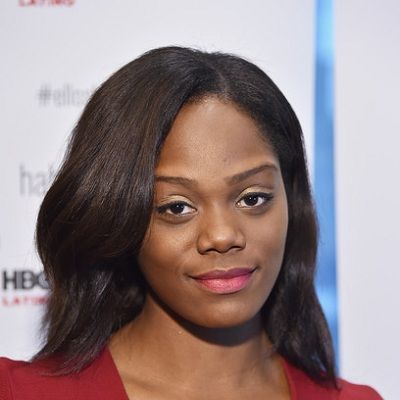 Afton is in a relationship with someone but she hasn’t revealed the name of her boyfriend till now. There is no information available about her personal affairs.

Currently, she is enjoying her career than a relationship.

Who is Afton Williamson?

Afton Williamson is an American actress. In the ABC series The Rookie, she is popularly known for the lead role of Police Officer Talia Bishop.

Afton is 34 years old. She was born on July 17, 1985, in Toledo, Ohio, the U.S. Afton belongs to American nationality. Her father’s name is Christopher Williamson and mother’s name is Brenda Williamson.

In 2010, Before succeeding Washington in the role of Susan, Williamson started as the understudy to Kerry Washington in the Broadway play Race. Afton has made her television debut appearing in an episode of The Good Wife.

Additionally, Williamson later guest-starred on Law & Order: Special Victims Unit, Blue Bloods, and Elementary.  From 2011 to 2012, she had recurring roles on the CBS drama A Gifted Man as Autumn and the first season of the television series Nashville as Makena.

Furthermore, she had a regular role in the Cinemax network original series Banshee from 2014 to 2015. Williamson made her debut in the 2011 drama Pariah. She was cast in a leading role on the VH1 drama series The Breaks in 2016. In the 2016 HBO miniseries The Night Of she starred as Officer Wiggins.

Moreover, Williamson was cast in the ABC drama series The Rookie in 2018. In 2019, Williamson quit the show citing demands of racial discrimination, sexual harassment, and assault.

Though she is an outstanding actress there is no information that she has received many awards and nominations.

Williamson has an estimated net worth of around $14 million. Currently, we don’t have information about her monthly income and salary.

Nathan Fillion, Afton’s co-star of the show, ‘The Rookie’ has made some nasty comments on her after she exit from the show. He said that the show will move forward now.

Moreover, she also revealed that she was racially bullied and discriminated against and sexually assaulted on the sets of The Rookie by Demetrius Grosse and Sally Nicole Ciganovich.

Afton has an amazing height and maintained perfect body weight. She stands at height 5 feet 6 inches tall and weighs 54 kg. Afton has black hair and black eye color. There is no further information about her body measurements.

Afton is active on social media. She has got around 7,306 followers on Twitter and more than 23.7k followers on Instagram. She is not active on Facebook.