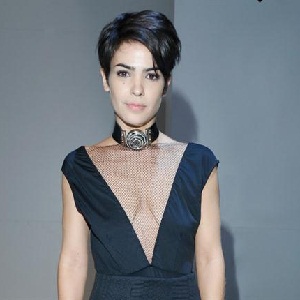 Cute and adorable Cherri is an unmarried woman. From 2007 to 2014, she has been in the relationship with Argentine actor Gastón Pauls. Also, she gave birth to her first child, a daughter named Muna Pauls on March 13, 2009, at the age of 26. Her second child, a son named Nilo Pauls was born on December 29, 2011. Both children’s father is her ex-boyfriend named Gastón Pauls. Currently, she has managed to keep her personal information so secret that nothing about her present affair status is published. According to our record, she is perhaps single.

Who is Agustina Cherri’s?

Agustina Cherri is an Argentine actress. She is extremely prominent for her role in ‘Sweethearts’ (2002),  ‘Chiquititas’ (1995) and ‘Endless Summer’ (1998). She is a hard-working person and has made recognizable position in an Argentine acting field.

Cherri was born to European parents on February 15, 1983, in Buenos Aires, Argentina. Her nationality is Argentine and belongs to European ethnicity.

She was raised up by her parents in a friendly and in an entertaining environment along with her two brothers in Pilar, Buenos Aires. She was mainly encouraged by her parents to secure her career in the acting field and she was also highly interested and dedicated. She was highly passionate towards movies and T.V shows from the very early age.

There is no information published about her educational background.

In 1990, Cherri gave an audition for children dancers at Palmiero’s Telefe television show, La Ola Esta de Fiesta and she was chosen for the show making her first experience in a T.V. In 1991, she played a role of ‘Camila’ in 1991’s Grande Pa!! (Great Dad!) for which she received huge positive responses and reviews from fans and viewers and was highly influenced to do other films and T.V shows.

In 1993, she starred Paola in Regalo del Cielo (Present from Heaven), which didn’t get so much popularity among common people. In 1999, she appeared in lead female character in Cabecita (Small Head) as ‘Lucia Escobar’. In 2007, she appeared in the soap Mujeres de Nadie (Women of Nobody).

Agustina Cherri: Salary and Net Worth

Currently, there are no desperate rumors regarding Cherri’s personal and professional life. It seems she is doing best job without harming others for which she hasn’t been a part of controversy yet.

Austina has a height of 4 feet 11 inches. Her hair color is black and eye color is dark brown. He wears a shoe size of 6(US). Other information on her body measurement like weight, dress size, etc. are unknown.