Ahlamalik Williams is at present dating a pop star, Madonna. He used to be a back dancer in her shows. In 2020, the couple was seen enjoying their vacation on a private island.

Despite getting criticism for their huge age gap, they are not afraid to love each other. Recently on his birthday, they were seen sharing a kiss and smoking marijuana.

Ahlamalik and Madonna met for the first time in 2015 when he was a backup dancer in a tour. The couple started dating in 2018. They have 36 years age difference.

His girlfriend has six kids: four children from previous relationships and two were adopted. 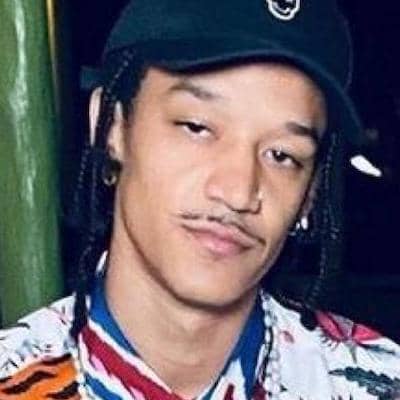 In addition, his popularity increases after he was linked romantically with Madonna.

He was born on 24 April 1994 in Sacramento, California, USA. The name of his father is Drue Williams and his mother is Laurie.

His father is a Navy veteran whilst his mother serves as a legal assistant for the Clark County court system in Las Vegas.

His parents met in 1986 and his mom is working as a legal assistant at the Clark County court system.

Ahlamalik’s ancestry is All-American and has a sister named LeYana plus a brother Ahlijah. They live in Arlington, Texas, and Las Vegas respectively.

About his academics, he attended Monterrey Trail High School.

Ahlamalik Williams started his dancing carer by moving to Las Vegas. He is trained in hip-hop styles and was featured in Michael Jackson’s ONE show.

Since 2015, he is working with Madonna as a dancer. He became part of several tours with her and has performed in Paris, London, Shanghai, and Taipei.

He was also seen in a movie titled Frat Brothers that was released in the year 2013.

At present, this actor has accumulated an estimated net worth of around $100 thousand. His salary/earnings from his career are not yet disclosed.

But his pop star Madonna has a whooping net worth of around $850 million.

Ahlamalik in April attracted the media after he was spotted with Madonna being cozy.

Regarding Ahlamalik Williams’s body features, his height is 6 ft 3 inches and his body weight is average. He has dark brown eyes and has black colored dreadlock hair.

Ahlamalik is officially active on social networking sites. His Instagram has more than 148k followers.

On this platform, he posts his amazing dancing videos. But, he is not available on other social portals Facebook and Twitter.