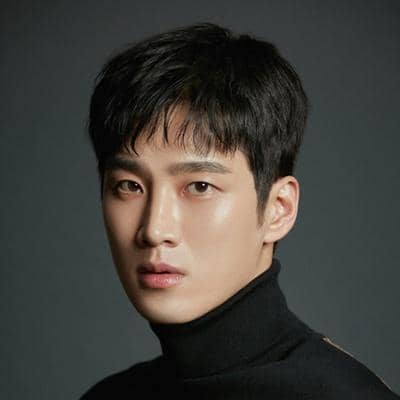 Ahn Bo-Hyun is currently single. He has never been vocal about his relationship.

According to CelebsCouples, he had at least 1 relationship previously but the information about his previous relationship is not available. He has not been engaged or married and the Korean actor doesn’t have any children.

Who is Ahn Bo-Hyun?

Ahn Bo-Hyun is a South Korean actor. He is famous for his roles in Itaewon Class (2020), Kairos (2020), and Descendants of the Sun (2016). He is a very popular actor in the Korean movie industry and has a large fan base.

Bo-Hyun was born on 16th May 1988, in Busan, South Korea. As of 2021, Bo-Hyun is 33 years old. He graduated from Busan Sorts High School. During high school, he participated in amateur boxing competitions and previously even won a gold medal. After high school, he joined Daekyeung University.

There is no information related to Ahn Bo-Hyun’s parents.

Bo-Hyun started his career as a model. Eventually, he debuted in acting in 2014 in the popular Korean drama, Golden Cross.

Since his debut, he has appeared in several films and dramas. According to IMDb, he has 14 credits in the acting field. Although Bo-Hyun started his career recently, he has been able to create a big fan base around the world.

In the year 2018, he played in the dramas “Hide and Seek”, and “Dokdo Rewind”. Similarly, in 2019, he appeared in “Investiture of the Gods”, “Drama Stage Season 2: Crumbling Friendship”, “Her Private Life”, and “Memories of a Dead End”. In 2020, his most noticeable work came, as he starred n the dramas “Itaewon Class” and “Kairos”. He also appeared in the TV show “I Live Alone” and “2020 MBC Entertainment Awards” in the same year.

This year, he was cast for “Yumi’s Cell” as Ku Woong and “Busted! Season 3” as The Ghost Client. Currently, he is working on a Netflix project, “My Name”.

The Korean actor has earned a fair amount of money in his career. Bo-Hyun’s net worth is estimated to be around $1.5 million. His primary source of income is acting. However, his annual income and information about his assets are unknown.

PPKKa previously criticized a feminist professor and called all feminists delusional and Kim Yong Ho has often been criticized for starting false rumors about celebrities. This cause Ahn Bo-Hyun’s reputation to be questioned.

Bo-Hyun is a very good-looking boy. He stands tall at 6 feet 2 inches and weighs around 75 kg. Bo-Hyun likes to maintain his body fit by working out and going to the gym.

Ahn Bo-Hyun is only on Instagram. He has around 1.6 million followers. He goes by the @bohyunahn on Instagram.