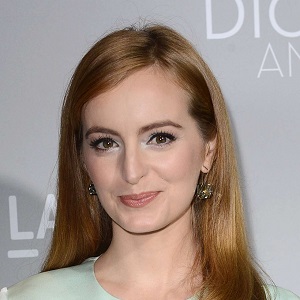 “I could probably do a documentary on acting classes

I've taken so many.”

What is the relationship of Ahna O’Reilly?

Ahna O’Reilly is still unmarried. Previously, she was in a relationship with an American actor, James Franco. The couple was in the relationship for five years but they could not hold their relationship and finally separated in 2011.

After they parted ways, they are often seen together on the red carpet. After that, she has not been linked to anyone and she is focusing on her career.

Who is Ahna O’Reilly?

Ahna O’Reilly is an American actress who is well known for portraying the role of Elizabeth Leefolt in the drama ‘The Help’.

She is also known for her performance in several movies like ‘Fruitvale Station’ in 2013, ‘Forgetting Sarah Marshall’ in 2008, and many more.

She was born on September 4, 1984, in Palo Alto, California, USA. She is currently 37 years old. Her father’s name is James and her mother’s name is Wenda. Her grandmother’s name is Harriet and Anna grew up with her two sisters, Noelle and Mariele.

Ahna holds American citizenship but her ethnicity is unknown.

In which school did Ahna O’Reilly attend?

She attended Menlo School and graduated from there in 2003. Later, She joined the University of Southern California for one year and later dropped out.

She debuted her professional career from the film ‘Bill the Intern’ in 2003. After that, she made her appearance in movies like ‘Nancy Drew’, ‘Just Add Water’, ‘Forgetting Sarah Marshall’, etc.

Ahna made her television appearance in the series like ‘CSI: NY’, The Vampire Diaries’, Prime Suspects’, etc. She portrayed the role of Elizabeth Leefolt in the film ‘The Help’ in 2011 which is based on Kathryn Stockett’s best-selling novel of the same name. She starred in the film ‘Jobs’ in 2013 which is about the life of technology pioneer Steve Jobs. Later in 2016, she portrayed the role of Rosamund in the Roundabout Theatre Company off-Broadway production of The Robber Bridegroom.

Also, she won Hollywood Film Award in the category Ensemble of the Year for ‘The Help’ in 2011, and was also nominated for several awards.

How much is the net worth of Ahna O’Reilly?

As of 2022, she has an estimated net worth of around $3 million and she has earned that sum of money from her career.

There were a couple of nude shots of Ahna available but it was just scammed in order to bring her down in public eyes.

She has a height of 5 ft. 5 inches and she weighs 57 kg. Also, Ahna has got green eyes and blonde hair. Her body measurement is 35-23-33 inches. She has got a gentle face with a beaked nose. Additionally, she wears shoes of size 7(US) and dress of size 4(US).