Aidan Prince is currently possibly single. As he is very young, he is focusing on his career and education. 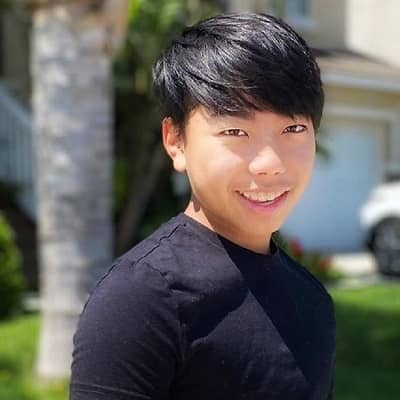 Who is Aidan Prince?

This web star was born on 10 May 2006, in Upland, California, in the US, with a birth name Aidan Xiong. He belongs of Asian descent.

His father‘s name is Prince Xiong, an engineer, and his mother Sheng is a stylist. He hasn’t shared much information about his siblings and education.

Aidan Prince is popular in social media with the nickname BahBoy. This is the name given to him by his mother, which Bah means Beautiful. He is a social media sensation who can sing, dance, and act as well.

He gained huge popularity with his viral dance video ‘Jet Blue Jet’, choreographed by Tricia Miranda. This video has been featured on over 80 websites, and also in magazines like Buzzfeed and The Huffington Post.

He also made his appearances on television Channels like Nickelodeon, ABC, FOX, and Disney. He has worked with popular national and international celebrities like Justin Bieber, Flo Rida, John Legend, Snoop Dog, and Usher.

Recently, this web star is starring as Eggie on season 7 of BratTV Chicken Girls.

Aidan started using Instagram from an early age. He posts trendy and fashionable outfits on his account. Similarly, he also posts dance and traveling videos with his friends and family.

He has over 223K followers on his self-titled account. Prince is also following other social media personalities like Parker Pannell, Sophie Fergi, and Annie Grace.

This web star joined YouTube on 12 October 2014. He posts pranks, challenges, and daily life vlogs. He also posts cover songs and dance videos with his friends and celebrities like Justin Bieber.

Prince has 221 K subscribers and has over 39 million views on his YouTube. He has posted covers of many popular songs including Perfect, IDK You Yet, and Be Alright.

Aidan is a trending boy on TikTok. He has garnered over 212 K followers, and 4.6 M likes on his TikTok account. He posts dance, singing, and lip-syncs videos on his account.

Prince also posts duet and acting videos with his friends. The maximum likes on his TikTok video are over 101 K.

Prince earns an average amount of $1K-$14K from his YouTube. Meanwhile, according to some sources, Aidan has an estimated net worth of $1 million as of 2022.

There is no rumor or scandal about this web star. Meanwhile, Prince has managed to keep himself out of any controversy and rumor. He is doing great in his career.

You may also read Heir of Atticus, Miranda Mason, and Dominic Toliver.

Saudi Arabian Princess Ameerah Al Taweel- Changing the World to the Better Place with incredible beauty, a supple mind, and a kind heart!!