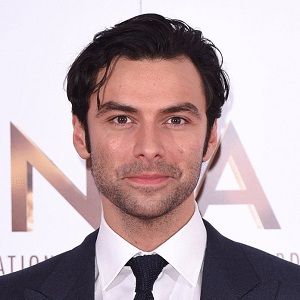 She is from Atlanta, Georgia. Megan eventually inspired Turner to shoot for stardom and he was hired to play Aidan Devane on the popular soap-opera All My Children.

Now the couple has a daughter born on August 21, 2009, named Ciella Turner.

Who is Aiden Turner?

Aiden Turner is an English actor. He is popularly known for her performance on “All My Children” that was aired on ABC for six years. He is model turned actor from the United Kingdom who is now living in the United States Of America.

Aiden Turner was born in Welwyn Garden City, Hertfordshire, England on April 2, 1977. His nationality is Irish and ethnicity is Irish.

He studied at St.Edmund’s College in Hertfordshire. Later on, he went to the culinary school at the age of 16-18, he found himself in mixing music as DJ.

After working for years and saving money he decided that he wanted to travel the world ending up in Australia from where his modeling career began. According to some sources, he would go on casting calls then bartend at night.

After a year in Australia, he returned to his home in England. There he began as a model for a modeling agency called NEVS. He was in search of challenging things from his childhood that led him to take acting classes at the Method Studio Convent Garden in London.

This led Aiden Turner for his first auditions to commercials and small parts in television programs. He was then nominated for a Daytime Emmy in 2003 for outstanding younger actor in All My Children. He also appeared in Geri Halliwell’s Bag It Up music video. Then later in 2009, he appeared in a CoverGirl commercial with Molly Sims.

On March 1, 2010, it was announced that he would be a celebrity contestant on Dancing with the Stars for the tenth season where he was partnered with Edyta Sliwinska.

Aiden Turner: Salary and Net Worth

There is no confirmation about his net worth but it is believed to be $250,000.

Aiden Turner has the height of 5 feet 11 inches. His body weighs 78kg. He has black hair and dark brown eyes.