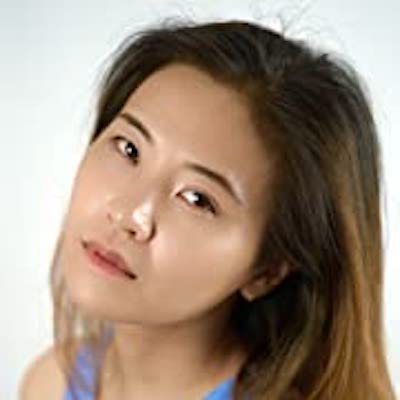 What is the relationship of Aimée Kwan?

Aimée Kwan has not revealed her personal life details. She is currently possibly single but data regarding her affair or boyfriend is not yet published.

Who is Aimée Kwan?

Aimée Kwan is an actress, writer, and filmmaker of British-Thai nationality who has shown her acting skills in many projects. Aimée Kwan is popular for her appearance in 12 (2020), Invasion Planet Earth (2019), etc.

Besides acting, she in May 2021 co-founded an international magazine named &ASIAN.

In 2023, she will be seen playing a brief role as Mia in John Wick: Chapter 4 (an action-thriller film) alongside other actors named Keanu Reeves, Donnie Yen, Bill Skarsgård, Laurence Fishburne, and Hiroyuki Sanada.

This project is related to its first three series and it revolves around the main character who wants to erase the High Table and get his freedom.

Her full birthdate is not yet made public and her birthplace is also behind the curtain. Similarly, the name of her mother plus her father identity is unknown.

Further, Aimée’s ancestry is a mix of Thai-Malaysian-Chinese, and as to her academics, she went to the University of Oxford for a Bachelor of Arts in Ancient & Modern History. Then she did her MA in acting from Guildford School of Acting.

Moreover, she has a diploma in piano and journalism which she achieved from Press Association.

Aimée Kwan has appeared in a few screen projects but her performances in all of them were much appreciated. In 2016, she did her debut with a short film titled The Arbor where she played the character of Sevens.

Then she bagged the role in a Rhapsody (Short) as Angelica. In 2019, she was featured in her new release, a big-budget movie Invasion Planet Earth as Nurse Amy.

In 2020, she was seen in two projects which were 12 as Maria plus Ultimate Cosplay (Short) as Sienna. As a writer and producer, she worked in 12, The Arbor (Short), This Tortoise Could Save a Life (Video short), Rhapsody (Short), Mischief Managed (Short), and many more.

By the reports of 2022, Aimée Kwan has an estimated net worth of $500 thousand which she collected from her work.

But her annual salary and other incomes are not yet made public. As of now, her acting credits are a total of 03.

The cast of  John Wick: Chapter 4 (2023’s film) is keeping herself away from scandals along with desperate rumors.

Aimée Kwan’s height is 5 ft 1 inch and her body weight is decent. Furthermore, she has dark brown hair, and her beautiful eyes are light brown in color.