Updated On January 29, 2023 | Published By: lilly
Share this
In Relation 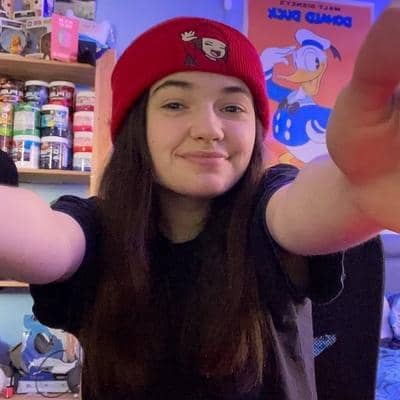 What is the relationship of Aimsey?

Aimsey is lesbian and she is currently in a relationship with her girlfriend, Serena.

The pair started dating in October 2020. The couple shares photos of themselves together on Instagram.

She is best known for making Minecraft content and is a member of the BearSMP Minecraft server.

How many siblings does Aimsey have?

Aimee was born on December 11, 2001. She was born and raised in Wales. She lives with her parents and has a younger sister.

There is no information about her parents, siblings, and educational background.

Aimee is a YouTuber and Twitch streamer. She started streaming in 2019 under the name, toadallyaimee. She usually played Toontown and Roblox.

Aimee stopped streaming in April 2020 for a while. She returned and rebranded her account to Aimsey and began streaming Minecraft.

Aimee joined the BearSMP on June 9, 2021. She usually streams Minecraft accounts and she also frequently collaborates with Tubbu and Billzo. She has also collaborated with Tommyinnit and MaxGGs.

Aimee is also a TikTok star. She posted her first TikTok video in September 2020. She usually posts clips from her Twitch stream and other stuff.

Aimee has over 3.4 million followers and 27.9 million likes on TikTok.

Aimee’s primary source of income is YouTube and Twitch. Moreover, she has also partnered with G-FUEL.

According to various sources, she has an estimated net worth of $1 million as of 2023.

Aimee is 4feet 11inches and weighs around 55 kg. She has brown eyes and brown hair.

Aimee has around 179k followers on Twitter, which indicates that she has a quiet number of social media followers.