The 34-year-old Irish actress, Aisling Bea is an unmarried woman. Previously, she was in a relationship with Irish Actor Ardal O’Hanlon. They stayed in a relationship for several months before breaking up. Since then, she has never been spotted with any man to date. She also revealed in an interview that she was so madly in love with her ex that she took pills which resulted in her body into size 12.

Moreover, she had an affair with her college mate when she was studying at the university. That was her first love. She was so heartbroken after the breakup that she went to the different city, London after that. 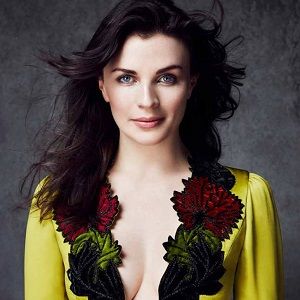 In this modern world, where we have filters to make us look as nice as possible, it's good to take off the filter and go, 'I could look stupid here.' You'll learn something and be better for it.

Please note when you watch a play, you can't pause it and go to the loo or shout into the kitchen for a tea. Learned that the hard way.

Repealing the Eighth Amendment is about women who don't want to be pregnant. It's not about a certain type of woman, a certain age of woman - we all known sisters and mothers who have chosen to go on with a pregnancy and those who haven't.

Who is Aisling Bea?

Aisling Bea is an Irish actress, comedian, and writer. Aisling Bea rose to fame after winning the British Comedy Award for the Best Female Television Comic for 8 Out of 10 Cats.

Furthermore, some of her famous TV shows are Trollied, The Delivery Man, and The Fall.

Aisling was born on March 16, 1984, in Kildare, Republic of Ireland. Talking about her nationality, she is Irish and her ethnicity is also Irish. She is the daughter of Brian O’Sullivan(father) and Helen O’Sullivan(mother). Her father dies when she was just three years old. The reason for his father’s death is said to be due to depression.

She changed her surname from O’Sullivan and chose Bea and ‘B’ is kept after her father’s first letter of his name, Brian. Furthermore, she has a sister named Sinead. Her grandparents were farmers and said that they had farms and pigs.

Her childhood was not easy at all where her father passed away when she was just three years old. Concerning her education, she completed her graduation from Trinity College with a degree in French and philosophy. Later, she joined the London Academy of Music and Dramatic Art.

Aisling began her professional acting career from the 2009 TV shows Fair City. In the same year, she appeared in three more movies and TV series such as We Are Klang, Roy Goes to the Movies, and Belonging to Laura. A year later, she starred in a couple of shows including Project Ha Ha, Freedom, Inn Mates, Come Fly with Me, and a few more.

As a stand-up writer, she has also contributed to some shows. Back in 2017, she has also written an article for the British newspaper The Guardian. Recently, Aisling has appeared in Hard Sun, Taskmaster, Gap Year, and Damned.

Being a famous actress, she earns a decent amount of money from her profession. However, her salary is unknown. As of 2022, she has an estimated net worth of $5 million.

As of now, she has won the British Comedy Award for the Best Female Television Comic for 8 Out of 10 Cats.