Posted by MarriedBiography Posted on June 8, 2021 | In Child , Pregnant
Share this 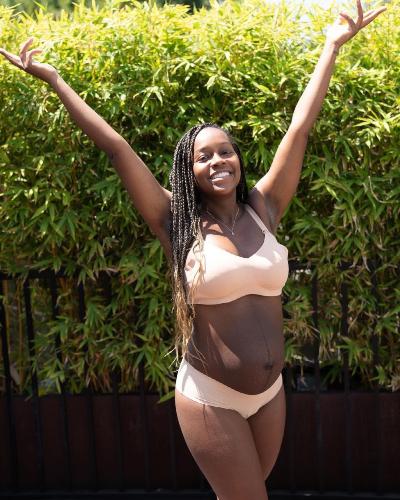 Aja Naomi King is now a mother! The How to Get Away with Murder announced on 6th June 2021 that she has given birth to her first child. On the Instagram post, she shared her post-pregnant body. But she is yet to disclose the details of her baby. Naomi has not disclosed her sex, name, or exact date of the newborn baby.

“No, this is not a pregnancy Before picture. This is the After. After days of labor. After experiencing what felt like my insides being ripped apart, no lie. Also, after experiencing the unimaginable beauty of childbirth, this is what is left behind. This Gorgeous Body!”

“So in celebration of myself and my body for “Doing the Damn Thing”, I wanted to share this photo. No make up, no editing, no filters (and you know I love a filter!)…Just Me…a woman in awe of her Body and her Baby!”

Aja revealed her pregnancy news back in March. It has been a difficult journey for Aja as she suffered from miscarriage twice. She was more than excited to welcome the baby. It is a rainbow baby and she is grateful that she is able to get pregnant.

King has not revealed who the father of her baby is. She has been keeping everything about the baby private and is focusing on her motherhood.

Also read Aja Naomi King to be a mother after two miscarriages! Who is the baby’s father?

Aja Naomi is an American actress. She is best known for the portrayal of Michaela Pratt in the ABC legal drama series How to Get Away with Murder (2014 – present).

She is also famous for playing Ali Henslee in the American drama television series Black Box (2014). Naomi is also popular for her portrayal of Cherry Turner in the 2016 American period drama film, The Birth of a Nation. Read more bio…

Elizabeth Olsen calls fiance Robbie Arnett husband! Are they married?
Tags : Actress How to Get Away with Murder