Aja Naomi King to be a mother after two miscarriage! Who is the baby father?

Updated On November 25, 2022 | Published By: Brandy Stratton | In Child , Dating , Pregnant
Share this 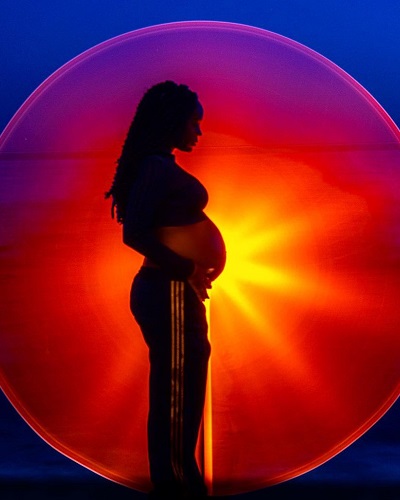 Update: On June 6, 2021, Aja Naomi King announced that she had given birth to a son, Kian, with her husband Dan King.

She shared the pregnancy news on her Instagram flaunting her growing belly bump. King wrote,

“I really can’t begin to express the fullness of our immense joy to be welcoming a baby into our family. With that I also want to express that this beautiful journey has not been devoid of heartbreak. This is my beautiful little rainbow baby.”

More on the pregnancy

Aja Naomi King feels that she is not alone when other women share their miscarriage news. Likewise, in the Instagram post, she also opened up about her two miscarriages. Previously, she was not sure about sharing her experience as she felt that many people have been through worse. But she realized that it’s not a competition and every pain is painful.

“I really just want to say that if you’ve gone through this or are going through this, you don’t have to carry the weight of it alone. And for some (I won’t attempt to speak for everyone) it can be freeing.”

King also updated her baby saying that the baby is healthy.

Who is the baby’s father?

The thing Aja Naomi King does best is keeping her personal life hidden. Even though Aja announced her pregnancy news, she has yet to disclose the name of her baby father. Around the time of 2017, she was rumored to be dating her co-star Alfred Enoch. But none of them admitted dating each other.

Everyone is eager to find out who the baby’s father is going to be. She might reveal it shortly. She is also yet to disclose the due date of the baby.

Also read Kimberly Stewart shares her daughter Delilah’s first day of school as she cheers on! Know about the mother-daughter and the baby’s father!

Aja Naomi King is an American actress. She is best known for the portrayal of Michaela Pratt in the ABC legal drama series How to Get Away with Murder (2014-present).

She is also famous for playing Ali Henslee in the American drama television series Black Box (2014). Naomi is also popular for her portrayal of Cherry Turner in the 2016 American period drama film, The Birth of a Nation. Read more bio…

Full story of the gruesome relationship of Alexa Nikolas and Mike Milosh! All about the ‘Grooming by the Groom’ open letter
Tags : Actress How to Get Away with Murder