TV star Akbar V is a mother of five. 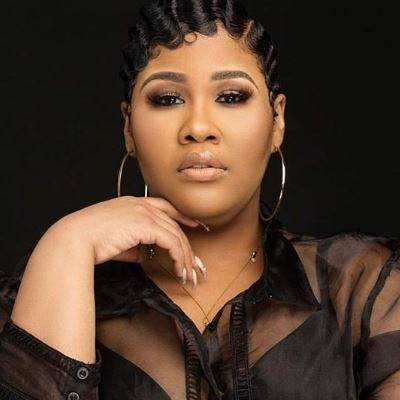 Currently, she is not dating.

However, from her previous relationship, she has five children including Dorribion who appeared along with her on Love & Hip Hop: Atlanta.

During an interview, she revealed that none of her children are in her custody.

Who is Akbar V?

American Akbar V is a TV Personality and rapper. She is renowned for making her appearance in the TV series, Love & Hip Hop: Atlanta.

Last, in 2020, she made her appearance in the 9th season of the series.

Akbar V was born on 22nd August 1989 in the United States. Her real name is Valerie Raven. She is of All-American ethnicity.

To date, she has not shared any details on her family background including her father, mother, and siblings. Her mom passed away in 2007.

Looking back to her childhood, she has quite a rough experience as a child. As she experiences various misfortunes like drug addiction and sexual abuse. She happens to be the cousin sister of the singer and songwriter, Kandi Burruss. Details on her academics are not available.

In the year 2019, she joined the reality TV series, Love & Hip Hop: Atlanta as a cast member. Her cousin, Kandi announced her appearance in the show via her Instagram post. After that, she also appeared in the 9th season of the show.

Besides that, as a cast member of the TV series, Love & Hip Hop: Atlanta, she makes around $50k or above.

She has black eyes with black hair. She stands at a height of 5 feet and 4 inches.

In April 2020, she came into the limelight when she had a quite rough fight with the musical artist, LightSkinKeisha over the throne as the Queen of Atlanta.

You may also read the bio, age, family, career, net worth, salary, and social media of Tamera Young, Magic Johnson, and Shane Watson.

Sofia Hayat is hitting the headline for one more time; Self pro-claimed nun Sofia calls herself “Allah Ma”