Akiko Matsuura is a Japanese drummer and vocalist. Akiko came to the limelight as the ex-girlfriend of actor Charlie Heaton. 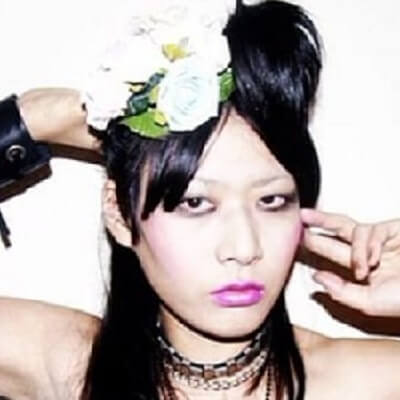 Previously, she was in a relationship with Charlie Heaton. He is an English actor and musician who is best known for his portrayal of Jonathan Byers in the Netflix series Stranger Things.

The couple first met when Heaton joined her band, Comanechi as the drummer. Since then, the couple started getting close to each other and eventually dated.

Akiko gave birth to their son, Archie in 2004. However, Charlie had not revealed about his relationship with her and their baby until October 2017.

Who is Akiko Matsuura?

Akiko Matsuura is a Japanese drummer and vocalist who is a member of the English bands Comenechi and Pre. She is also known as the ex-girlfriend of the English actor, Charlie Heaton.

There is very little information about her early life and family background including her exact birth date. Moreover, her parents’ identities also remain unknown but apparently, she is their only child. She does not have siblings.

Her parents owned a barbecue restaurant back in their homeland. She spent her childhood days in Osaka. Matsuura loved music from a young age. Her ethnicity is Asian.

Talking about her educational background, she attended an unspecified high school from where she graduated in 2012, and later briefly also studied art. However, that was only until she decided to pursue a career in music.

Akiko Matsuura’s career started when she was still a student. She met her future guitarist and bandmate, Simon Petrovich at a mutual friend’s party.

Initially, the band struggled as it failed to gain popularity in the first few years of its existence. Concurrently, she found herself a spot in another band as the drummer for the electronic rock band, ‘The Big Pink’.

Comanechi released its first album called “Crime of Love” and soon afterward, she met the future ‘Stranger Things’ star, Charlie Heaton. He joined the band as a drummer alongside their last member, Patsy.

In 2013, the band went on permanent hiatus due to disagreements among the members of the band. Matsuura then joined the British noise rock band, ‘Pre’.

The band gained popularity partly due to her on-stage performances. Matsuura is still part of the band but no longer a member of The Big Pink.

She is recognized for her unusual actions and antics during performances as she is very energetic and always moves and jumps while on the stage.

Moreover, she also garnered attention for playing music in just her underwear and performing plenty of stage dives, ensuring that the audience is constantly entertained and involved.

Due to her outrageous yet entertaining antics, she brought a lot of attention to herself while performing but has also injured her face on a few performances.

Matsuura stands at a height of 5 feet 2 inches. She has black hair and dark brown eyes. There is no information about her weight and body measurements for breasts, waist, and hips.

Akiko Matsuura has an estimated net worth of around $1 million. There is no information about her annual salary. On average, a musician in American earns around $35k per year.

Matsuura has not been involved in any controversies. She has been able to keep herself away from any type of controversy and scandal. So far, she has not done anything controversial in her career. Similarly, there are no rumors about her of any kind.

You may also like to read the Bio, Career, Body Measurements, Net Worth, Social Media, Relationships, and more about Jasmine Johnson, Bryan Singer, Charlie Heaton, etc.