Talking about his relationship details, Al Madrigal is happily living a married life with his long-time girlfriend, Krystyn Madrigal. They met each other way back and ultimately started dating each other. Finally, Al and Krystyn tied the knot in a private manner.

Till now, they have not mentioned their married date but are blessed with two children named Lorenzo and Luisa. Presently, they live happily in San Francisco. 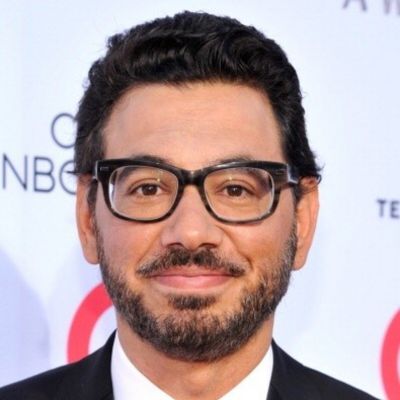 Who is Al Madrigal?

Al Madrigal is a well-recognized American comedian, writer, actor, and producer. Madrigal is widely famed as the regular correspondent on The Daily Show with Jon Stewart.

Moreover, he is a co-founder of the All Things Comedy podcast network.

Al Madrigal was born on 4 July 1971. At present, his age is 50 years old. Likewise, his birthplace is San Francisco, California, the United States.

Not much is known about his father and mother’s details, Al has been secretive towards his family details.

Talking about his nationality, Madrigal holds an American identity whereas his ethnicity is Mexican, Italian, Sicilian.

Alessandro started his comedy journey in San Francisco’s comedy club. In 2002, he performed his first major exposure in two comedy festivals: SF Sktechfest, as part of Fresh Robots, and the New Faces showcase of the Just foe Laughs Festival in Montreal.

Moreover, Madrigal earned a jury award for a best stand-up comedian at the U.S. Comedy Arts Festival in 2004. Later, he signed a talent holding deal with CBS. His Comedy Central Presents half-hour special premiered in July 2005. The comedian was also named one of the top 10 comedy specials of 2013 by Westword and The Village Voice.

Talking about his acting career, Alessandro featured in a comedy series, The Ortegas in 2003. In January 2008, the star performed in the CBS comedy, Welcome to The Captain. However, the series ended after five episodes. Madrigal also performed in other series such as Gary Unmarried, i’m Dying Up Here, and so on.

Most recently, the comedian has signed a contract with CBS Studios.

A famed American comedian, Madrigal has earned a handsome amount of money from his profession. He lives a lavish lifestyle along with his family.

As per Celebrity Net Worth, Al Madrigal has an estimated net worth of $1 million as of 2022.

Al has never been part of any controversial matter or rumors till now. The star has been preoccupied with his professional and private life.

It seems that Madrigal prefers enjoying his personal life and does not want to merge it with his professional life.

50 years young comedian, Al has handsome looks and an admirable personality. He stands at a height of 5feet 9inches. Also, he has a balanced bodyweight of 75 kg.

Furthermore, Madrigal has brown eyes whereas his hair is black.

Regarding his social media presence, Al Madrigal is an active personality on social media. Al has more than 35.5k followers on his official Instagram account @almadrigal.

He is also active on Twitter with around 106.3k followers.

Moreover, Madrigal is also available on Facebook with nearly 41k fans and supporters.