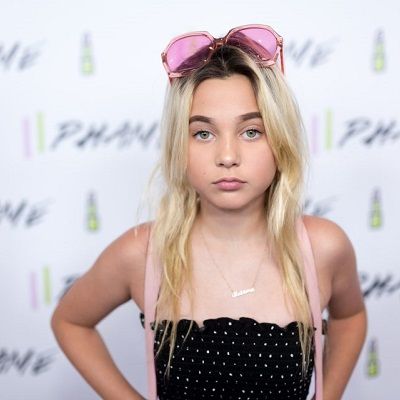 What is the relationship of Alabama Barker?

Alabama Barker is possibly single. She is currently focused on her TikTok and music career.

Who is Alabama Barker?

Alabama Barker is an American celebrity child. She is known for appearing in the MTV reality series Meet the Barkers.

Similarly, she is famous for her song Heartbreaker.

Alabama Luella Barker was born on 24th December 2005 in California, USA. Barker was born in the second and final season of Meet the Barkers. She was introduced in the show’s series finale.

Barker is the daughter of famous parents Travis Barker and Shanna Moakler. She has an elder brother Landon Asher Barker. Travis is an American musician, songwriter, and record producer. Shanna is an American model, actress, and reality star.

Alabama has around 76.7k subscribers on YouTube. She uploaded her first video three years back on 26th November 2016. Her video was Q&A with Meghan McCarthy. After that, she uploaded ForeverandforAva Do MY Makeup.

Her first song was Blue Christmas. Her video got above 600 thousand views. Similarly, her other music video was Our House. After that, she uploaded the acoustic version of Our House.

Her other songs were Heartbreaker and Mistletoe.

Alabama has 358.3k followers on Twitter. She has 3.6 million likes on TikTok. She uploads dance and lip-syncs videos on TikTok.

Her videos get thousands of likes.

Alabama was the part of the reality show Meet the Barkers. The series had two seasons and sixteen episodes.

Alabama was messaged by drummer Echosmith. Echosmith is 20 years old and he sent her some private message which was not liked by Barker.

He apologized to her and they sorted out the matter.

She has blonde hair and blue eyes. She is 5 feet tall.

Alabama has around 403k followers on Instagram and 75.2k subscribers on the Youtube channel. She is following personalities like Charly Jordan, Zaire Williams, McKenna Grace, and others.