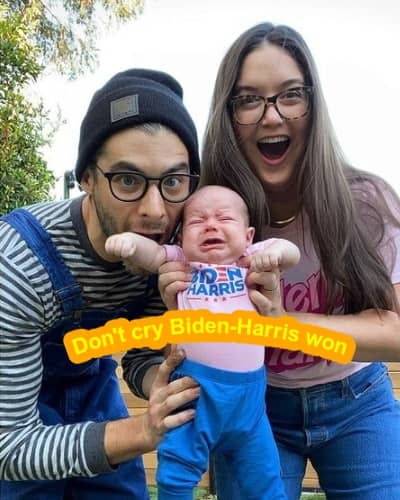 Alaia Baldwin is an American model known for being the daughter of Stephen Baldwin. She has worked as a model for talent agencies like ‘State Management’ during the New York Fashion Week.

1) What is the age of Alaia Baldwin?

Alaia Baldwin was born on 23rd January 1993 in Nyack, New York. She is 28 years old at present. She is born to Stephen Baldwin and Kennya Deodato. Her father Stephen is an American actor and producer who has worked in TV series like All-Star Celebrity Apprentice, Celebrity Big Brother, 8 Out of 10 Cats, I’m a Celebrity…Get Me Out of Here! and more.

Alaia Baldwin and her boyfriend of years Andrew Aronow walked down the aisle on 2nd September 2017. She wore a stunning white ball wedding gown dress with a ruffled tulle shirt. Her bridesmaid Hailey Baldwin wore a black gown with a plunging neckline. Her other bridesmaid was their cousin Ireland who wore a matching Hailey’s sleek black frock in a similar off-the-shoulder gown.

Their wedding ceremony was held outdoors decorated with white flowers. Alaia and her husband Andrew have been together for years now. On 2nd September 2020, they celebrated their third wedding anniversary.

3) Alaia Baldwin on her pregnancy

Alaia Baldwin gave birth to a daughter Iris Elle Aronow with her husband Andrew Aronow on 17th August 2020. She announced the news of the birth of her daughter through her Instagram page writing,

“IRIS ELLE ARONOW! Born on 8/17/2020, 6lbs 11oz. She is absolutely perfect, we are all happy and healthy. Thank you so much @drthaisaliabadi for making our experience go as smoothly and as beautifully as I ever could have imagined. We love you!”

She did the pregnancy announcement four months earlier. Hailey also shared about her being an aunty through her Instagram.

Alaia Baldwin had the symptoms of endometriosis since her early twenties. Once when she woke up she had severe pain and the pain got worse over the next months. She revealed,

“At the same time I was experiencing those symptoms, my other family member was also experiencing them. So I actually turned to her and she’s the one who referred me to Dr. Seckin. If it wasn’t for her knowledge, then I definitely, probably wouldn’t have met him as soon as I did”

She underwent surgery to remove stage two of endometriosis. She did not have a period cramp but endometriosis left her with unbearable pain. Furthermore, she would be in bed for 10 days every time she had her period.

Alaia Baldwin has an Instagram with 130k followers. She has made almost 1.3k posts on her account. She posts pictures of her husband and daughter. During her pregnancy, she did multiple pregnancy shoots and posted on her Instagram. Alaia loves partying, food, the beach, and traveling.

Hailey Baldwin is an American model and actress. She is mainly known as the daughter of actor Stephen Baldwin. She is extremely prominent for Saturday Night Live (2009) and “Entertainment Tonight” (2016). Read more bio…