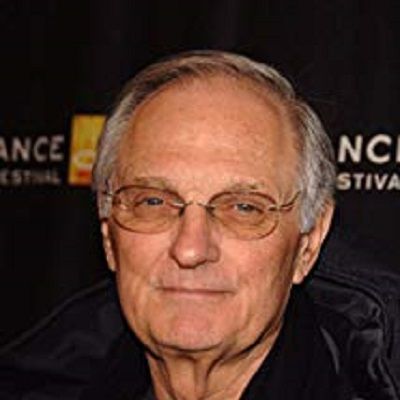 Be brave enough to live life creatively. The creative place where no one else has ever been

When people are laughing, they're generally not killing one another

Be as smart as you can, but remember that it is always better to be wise than to be smart

What is the relationship of Alan Alda?

Alan Alda is a married man. He married the love of his life, Arlene on 15th March 1957. The couple started dating in November 1955 and after one year of dating, the couple decided to get married. The beautiful couple has been happily married for 62 years.

Moreover, the couple has 3 children together, Eve, Elizabeth, and Beatrice.

Who is Alan Alda?

Alphonso Joseph D’Abruzzoor Alan Alda is a legendary American director, actor, comedian, and author. He is famous for his role as Hawkeye Pierce in the war TV series M*A*S*H (1972–1983). Moreover, Alan Alda is a six-time Emmy Award and Golden Globe Award, winner.

Alan Alda was born on January 28, 1936, in The Bronx, New York, the U.S. Currently, he is 83 years old. His father’s name is Robert Alda and his mother is Joan Browne. He has a brother named Antony Alda. Also, his nationality is American. However, his ethnicity remains unknown.

Alan joined Archbishop Stepinac High School in White Plains, NY. In 1956, he graduated from Fordham University with a Bachelor of Arts degree in English.

However, Alan is best known for his role in M*A*S*H. The show debuted in 1972, the TV series eventually went on to become one of the most popular comedies in television history. Alan played the role of sarcastic, but tender-hearted surgeon Captain Benjamin Franklin Pierce, better known as “Hawkeye.” The show lasted for more than a decade. It gave Alan the opportunity to explore his full range of artistic talents. Along with acting, he directed and wrote several episodes.

After the show ended in 1983, Alan focused mainly on his film career. So, he appeared in the comedies Sweet Liberty (1986) and A New Life (1988), which he also wrote and directed. On the small screen, Alda also hosted the PBS series Scientific American Frontiers in 1993. Furthermore, he served as the program’s host until 2005. Similarly, in 2004 Alda joined the cast of the TV political drama series The West Wing.

In 2005, Alan published his first book, Never Have Your Dog Stuffed: And Other Things I’ve Learned. Similarly, in 2007, Alan also released his second autobiographical work Things I Overheard While Talking to Myself.

Alan Alda earned many honors for his work on M*A*S*H. This included more than 20 Emmy Award nominations. Moreover, he took home TV’s most coveted prize in several categories throughout the years. This included the Emmys for outstanding lead actor, outstanding directing, and outstanding writing. In his long career, Alan won the Six Emmy Awards and Golden Globe Awards.

Alan Alda is a very successful actor and director. As of 2022, he has a huge net worth of around $50 million. However, there is no information about Alan’s annual income. His primary source of income is directing, writing, acting.

In his lengthy career as an actor and director, Alan was not surrounded by controversies or scandals. Similarly, there were no rumors about him.

Alan Alda is 6 feet 2 inches tall. In addition to this, Alan weighs around 82 kg. Furthermore, Alan has salt and pepper hair and blue colored eyes.

Alan Alda has a Twitter account that has around 225.3k followers. Furthermore, he also has fan pages on other social media sites. Alan’s fan page on Facebook has around 70k likes.

You may also like to read about the age, career, body measurements, net worth of John Crowley (Director), Mark Neveldine, Chad Calek.

Game of Thrones actor, Nikolaj Coster was married at a very young age. Talks about balancing his time with wife and career