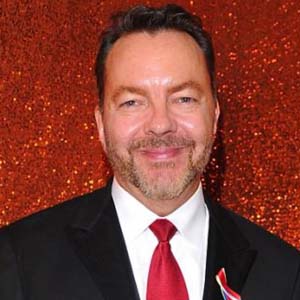 Racism is ridiculous no matter where it's coming from

I guess in America we're so sold on this ideal of the perfect, well-adjusted family that is able to confront any conflict and, with true love and understanding, work things through. I'm sure they do exist, but I never knew any of them

I'm a huge freak, and always have been. I spent the first part of my life trying really desperately not to be one, and it was just a waste of time.

Alan is gay. He is also known as a strong voice for LGBT (Lesbian, Gay, Bisexual, and Transgender) community. Alan’s partner is Peter Macdissi who has worked with Alan in his several works.

Peter is a Lebanese actor. Alan has also been listed in the 100 most impressive gay men and women. Being gay, Alan is always attracted to men. He didn’t have any affairs or relationships with any actress or co-stars. Alan didn’t speak anything about his attraction towards men he was working with.

Who is Alan Ball?

Alan Ball is an American writer, director, and producer.

He is widely known for writing American Beauty released in 1999, Six Feet Under and True Blood. The also achieved Academy Award and an Emmy for these movies. Alan also achieved awards from the Writers, Directors, and Producers Guilds.

His full name is Alan Erwin Ball. His father’s name is Frank Ball, who is an aircraft inspector. His mother’s name is Mary Ball, a homemaker. He was the youngest of four children.

Alan went to high school in Marietta and later went to the University of Georgia. He graduated in Theater Arts from Florida State University. Alan lost his older sister in a car accident when he was 13 years old. Alan was in the passenger seat at the time. Alan later moved to Sarasota, Florida.

Alan with his college friend staged plays for the Florida Studio Theater. Alan also wrote one-act plays for television. Alan moved to New York City for more opportunities and found a day job in the magazine Adweek, where he worked as a graphic artist.

Alan worked in television as a writer and story editor on the Grace Under Fire and Cybill. In 1999 Alan wrote for the movie American Beauty and in 2007 for Towelhead.

Alan is also the creator, writer and executive producer of the HBO drama series Six Feet Under and True Blood and also became showrunner for its five seasons. Alan began work on a television adaptation of the crime noir novel All Signs of Death which was later canceled by HBO after its several months of pre-production. Alan is also the producer of Banshee, a Cinemax series.

He has also worked for theater in Five Women Wearing the Same Dress (1993), it is about bridesmaids avoiding a wedding reception in Knoxville, Tennessee and All That I Will Ever Be (2007). Alan is also the Executive Producer of upcoming television film The Immortal Life of Henrietta Lacks.

Alan Ball: Salary and Net Worth

He has a net worth of $55 million but his salary is not revealed yet.

Being positive towards his work Alan didn’t let anyone make any rumor about him. Although his series ‘All Signs of Death’ was once in controversies when it was canceled by HBO.


Alan has a height of 6 feet 2 inches. His body weighs 89kg. He has dark brown hair and pale green eyes.