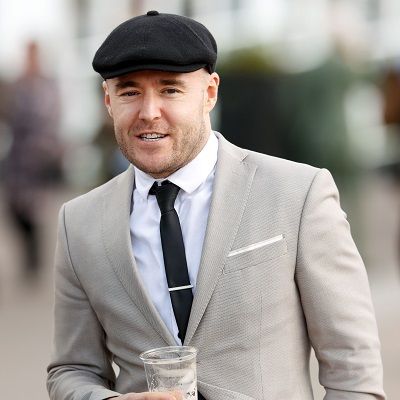 Alan Halsall was a married man as he married Coronation Street and Wild heart actress Lucy-Jo Hudson. They began dating since 2005 and got married on 13th June 2009 in Cheshire. Similarly, on 8th September 2013, they had a baby girl Sienna-Rae.

There was news of their splitting in March 2016 and they finally got divorced in May 2018.

At present, there was a rumor that Alan is dating his former co-star Tisha Merry. Later he confirmed this rumor true.

Who is Alan Halsall?

Alan Halsall is an English actor famous for playing Tyrone Dobbs in Coronation Street. He played the role since 1998. Similarly, he won the 2013 National Television Awards Outstanding Serial Drama Performance award for his role on Coronation Street.

He was born on 11th August 1982 in Walkden, Greater Manchester, England. There is no information about the parents and siblings of Alan.

Similarly, his nationality is British and ethnicity is unknown.

Talking about his education, he attended Walkden High School.

He is playing Tyrone Dobbs in Coronation Street since 1998. Previously, he appeared in a variety of television shows including Heartbeat, Hetty Wainthropp Investigates and Queer As Folk in the year 1999. Likewise, he also featured in the CITV four-part series Matt’s Million.

The estimated net worth of Alan is around $1.5 million. He might earn a huge amount of money from his career. But, he has not disclosed his exact net worth and salary.

There are rumors that he is dating with former co-star Tisha Merry as the pair cozy up under an umbrella on a lunch date.

Talking about Alan Halsall’s body measurements, he has a height of 5 feet and 8 inches but his weight is unknown. Furthermore, he has brown color hair and eyes with fair skin tone.

Alan Halsall confirms that he is dating his co-star Tisha Merry, 25 after his divorce with wife Lucy-Jo Hudson!