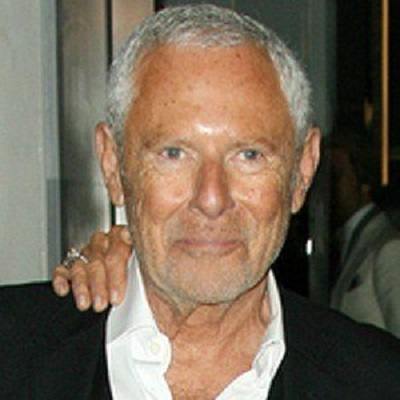 Alan Hamel is happily married to his wife, Suzanne Somers.

They first met each other at the game show, Anniversary Game. Later, they started dating each other. After living with each other for ten years, the couple got married to each other on the 11th of November 1977. Their wedding was officiated by a rabbi and a Catholic priest.

Previously, he was married to Marilyn Shapiro. The wedding took place on the 9th of October 1958 and got divorced from each other after 19 years. From the marriage, he has two children; Leslie and Stephen Hamel.

His son, Stephen is a film director whereas his daughter, Leslie is a designer. Also, he has a stepson, Bruce Somers Jr. from Suzanne’s previous wedding.

Who is Alan Hamel?

Canadian citizen, Alan Hamel is an entertainer, TV show Host, and producer. Hamel is renowned as the host of Razzle Dazzle, Wedding Party, and Anniversary Game.

Also, he is the CEO of the band, SUZANNE SOMERS COMPANIES.

Alan Hamel was born on 30th June 1936 in Toronto, Ontario, Canada. He is of Mixed (British, Scottish, Irish) ethnicity with Jewish ancestry.

To date, he has not shared any details on her family background including father, mother, and siblings. Moving towards his academics, he joined the Ryerson Institute of Technology to study television arts. However, he never graduated from the Institute.

He started his career in 1960 as the host of the TV series, Junior Roundup. Following that, he hosted the children’s games show, Razzle Dazzle produced by Canadian Broadcasting Corporation. The game show introduced him as one of the successful hosts in the TV industry.

Following that, he appeared hosting the show like Mantrap, Anniversary Games, and so on. Later, in 1976, he hosted the show, The Alan Hamel Show which became the pick point of his career as a show host. During the time, he has been part of the advertisement campaigns like American Stores, Alpha Beta Stor, and Acme Markets.

Apart from being a host, he is also an actor. As an actor, he made his appearance in TV series like All in the Family, She’s the Sheriff and Comedy Bag.

The turning point when he and his wife, Suzanne was fired from the running show, Three’s Company for her demand over the raise on her paycheck. After the event, he dedicated his entire career to create the name, Suzanne Somers as a brand. As the result, they launched the products like Thighmaster.

As of 2020, he has an estimated net worth of $100 million. To date, he has not revealed any details on his salary.

His net worth includes several houses in Southern California along with his wife, Suzanne. Back in 2008, he listed his mansion on 73 acres in Palm Springs for $35 million. They held the property since the 1970s.

In 1999, they brought the property in Malibu worth $2,3 million. After that, in 2001, he brought the neighborhood property with an ocean frontage of 190 feet for $2.35 million. One of these two houses got severely damaged due to fire in 2007.

He has blue eyes with light hair. He stands at a height of 5 feet and 9 inches and has a decent weight.

To date, he has not been involved in kind of controversy and scandals that created a buzz in the media. Also, he has managed to maintain distance from any type of rumors.