Alana Hadid currently is possibly single. She has not shared the details of her current affair or boyfriend. 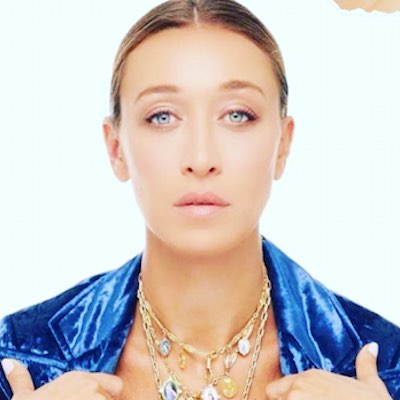 Who is Alana Hadid?

Alana Hadid is an American fashion designer. The public noticed her for being the daughter of a real estate entrepreneur Mohamed Hadid.

In addition, she is popular on social networking sites.

She was born on 27 July 1985 in Washington, DC, the United States. The name of her father is Mohamed Hadid and her mother’s name is Mary Butler.

Alana’s ancestry is Arab Palestinian and she has a blood sister named Marielle Hadid. Also, her half-sisters are Bella Hadid, Gigi Hadid, and her half-brother is Anwar.

Talking about her academics, she has not revealed the details.

Alana Hadid is now working as a personal shopper and stylist. But she used to work at a retail store called Curve.

On the other hand, her siblings Bella and Gigi are popular models. Her step-brother, Anwar is also a model and is popular for being in a relationship with singer Dua Lipa.

As of 2022, her net worth is estimated at around $1 million. Also, she founded Hadid Eyewear and an apparel brand, La Detresse.

She also owns a line of T-shirts called Current Moji. However, her salary and other earnings are unknown.

Some of the top fashion designer’s financial worth are,

This designer is keeping herself away from rumors and is also not surrounded by any desperate scandals.

Regarding Alana Hadid’s body features, her height and her body weight are average. Moreover, her eyes are blue and she also has long brown hair.

Alana is available on social sites. She has Instagram and Twitter accounts with more than 302k and 4.2k followers respectively.