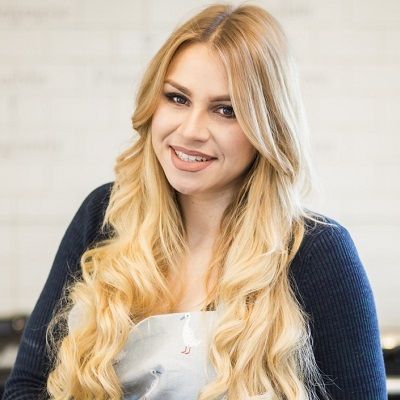 Alana Spencer’s relationship status is single. There are no previous records of her dating.

She is focused on her career.

Her Instagram posts suggest that she loves baking a lot!!!

Who is Alana Spencer?

Welsh Alana Spencer is the winner of the 12th series of BBC’s The Apprentice. Spencer is renowned for chocolate and pastry blog, Ridiculously Rich by Alana.

She is the founder of Ridiculously Rich.

Alana Spencer was born on the 11th of February 1992 in Aberystwyth. She is of Welsh ancestry.

She has a younger sister, Amalie.

She started her career as the bakery chief at the age of 16 quitting her school. At the time, she takes orders from her friends, teachers, and classmates. Prior to that, she made £100 at the age 0f 14 by making greeting cards for her friends.

At the time, she applied for a Junior apprentice. However, she didn’t receive the apprentice.

In 2016, she applied for the BBC’s reality game show, The Apprentice the 12th season of the show. She won the season of series by competing the fellow finalist, Courtney Wood. The average viewers of the season in 7.12 million views. The finale was aired on the 18th of December 2016.

After three months of the show, she started her bakery business, Ridiculously Rich winning the winning amount. For her shop, she has started her own website too.

On the site, she takes orders online. Apart from that, she also shares recipes of cakes too and blogs about them. She has regional ambassadors of the company all over England and Wales.

As the winner of the 12th series of British series, The Apprentice, she received a business bond of £250,000 which is equivalent to $328k along with Lord Alan Sugar.

She also has a YouTube Channel with 1.18k subscribers and 65k views.