Alana Stewart is an American former model, actress, and producer, who is well known as the ex-wife of rock star Rod Steward.

Alana Stewart married her co-star and actor George Hamilton on October 29, 1972. They had a son named Ashley Hamilton, who also grew up to be an actor and songwriter. Alana and George divorced on October 13, 1975, but kept in touch with each other and worked together even after their separation.

Later, she got married to rock star Rod Stewart, on April 6, 1979. They have a daughter named Kimberly and a son named Sean, both of whom are into the show business. Alana divorced Rod Stewart in February 2, 1976 when she found out that he was having an affair with a model 15 years younger than her. The breakup had a deep impact on her life, as she always felt that they were a perfect couple. Hence, she decided to retain the surname and did not have any affairs since her separation. 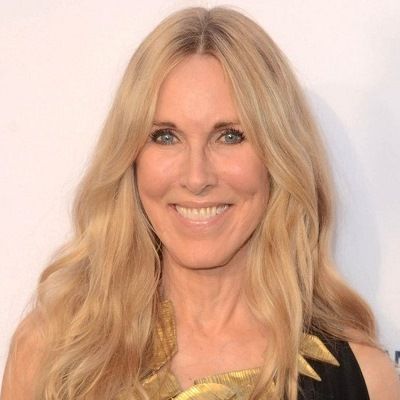 Through a long and painful process, I've learned that happiness is an inside job - not based on anything or anyone in the outer material world. I've become a different and better person - not perfect, but still a work in progress.

No matter what kind of challenges or difficulties or painful situations you go through in your life, we all have something deep within us that we can reach down and find the inner strength to get through them.

Bitterness and resentment only hurt one person, and it's not the person we're resenting - it's us.

Who is Alana Stewart?

Alana Stewart is an American former model, actress, and producer, who is well known as the ex-wife of rock star Rod Steward. Likely, she has also appeared in a number of TV series and reality shows, such as ‘The Bionic Woman,’ ‘Farrah’s Story,’ and ‘Celebrity Wife Swap.’

Alana Stewart was born in San Diego, California, the United States on May 18, 1945. Her birth name is Alana Kaye Collins and she is currently 74 years old. Her (father’s and mother’s name is unknown). She came from a not-so-well-to-do family and had a father who was addicted to drugs. She spent the early part of her life in a small city in East Texas, called Nacogdoches. Later, she moved to Houston, before finally moving to New York to become a model.

There is no information about her siblings. Alana holds American citizenship, but her ethnicity is unknown. Her birth sign is  Taurus.

Talking about her profession, Alana started her acting career in the early 70s with a minor role in the biographical movie ‘Evel Knievel’ (1971), in which her then-husband, George Hamilton, played the lead role of the daredevil motorcyclist.

Alana Stewart continued appearing in movies such as ‘Funny Lady’ and ‘Medusa’ till she switched to TV roles in 1977. Additionally, she made her small-screen debut in the science-fiction serial ‘The Bionic Woman,’ in 1977. For the next two years, she concentrated on TV roles and appeared in the serials ‘The Love Boat’ and ‘Fantasy Island.’

In addition, she later returned to films and was featured in the movies ‘Ravagers’ (1979) and ‘Where the Boys Are ’84’ (1984). Her TV and movie careers progressed simultaneously with her appearance in the serial ‘The Fall Guy,’ in 1985. Alana and her former husband, George Hamilton, hosted their own syndicated talk show, ‘George & Alana,’ in 1995.

Alana Stewart was nominated for a ‘Primetime Emmy’ for her appearance in ‘Farrah’s Story’ (2009). She won the award for the ‘Best Supporting Actress’ at the ‘WorldFest Houston’ for her role in ‘Delivered’ (2011) at Gold Award.

Alana Stewart has an estimated net worth of around $20 million as of 2022, and she has earned that sum of money from her professional career.

Alana has a height of 5 feet 9 inches and she weighs is 54Kg. Additionally, she has a measurement of 32-25-35 inches and her bra size is 32B. Alana’s hair color is blonde and her eyes color is blue.