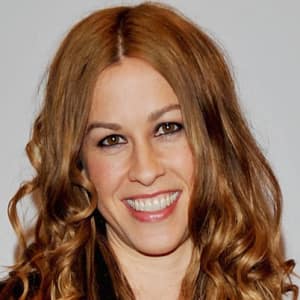 The whole celebrity thing is not something I'm overly interested in. I don't pop up at parties. It's just not my thing

Music will always be a part of my life. I love music and I don't care how many units I sell

Put your heart, mind, and soul into even your smallest acts. This is the secret of success.

What is the relationship of Alanis Morissette?

Alanis Morissette is now married. She exchanged vows with Mario ‘Souleye’ Treadway on 22 May 2010. This couple is blessed with three children.

Previously, she was in a relationship with an actor and comedian Dave Coulier from 1993 till 1994, but the relationship didn’t work.

Then she dated Canadian actor Ryan Reynolds for two years and they got engaged in 2004. However, they got parted in 2007.

Finally, she married rapper Mario ‘Souleye’ Treadway on May 22, 2010. They were blessed with their first child on Christmas 2010 and they named Ever Imre Morissette-Treadway.

Who is Alanis Morissette?

Alanis Morissette is a Canadian and American singer, songwriter, and actress. She is also known for her confessional lyrics and layered rock-influenced sound.

Similarly, she is a true front-runner of music who rewrote history in the field of music. Likewise, she began her career in Canada in the early 1990s.

Morissette was born in Ottawa, Ontario, Canada on June 1, 1974. She is the daughter of Alan Morrissette (father) and Georgia. Her mother is a teacher by profession whereas, her father was a high school principal.

At the age of 11, Alanis Morissette joined the cast of a Nickelodeon Children’s Show called “You Can’t Do That on Television” (1968). Her first song is “Fate Stay with Me”. Similarly,  she appeared in music, tried her hand at acting, and appeared in five episodes of the television show, ‘You Can’t Do That’.

In 1991 she came up with a breakthrough with two albums that deal with MCA Records Canada. She herself released the debut album ‘Alanis’. Likewise, she re-wrote all the tracks of the album with the producer Leslie Howe.

Moreover, her singles are, ‘Too Hot’, “Walk Away’ and ‘Feel Your Love’. Similarly, the first album that led her to release was subsequently titled ‘Now Is the Time’ which met with commercial success. However, her other singles are, ‘An Emotion Away, ‘No Apologies’, and ‘Changer is Never a Waste of Time’.

Likewise, her immense popularity towards its explicit lyrics: ‘You Oughta Know. Then after two years, she came up with her sixth album ‘So-Called Chaos’.

Like she released an album ‘Havoc and Bright Lights (2012). In 1999, she played God in the comedy film, ‘Dogma’ and reprised her role further in the film, ‘Jay and Silent Bob Strike Back. Furthermore, she appeared in ‘Sex and the City, ‘Curb Your Enthusiasm, ‘Celebridade’ and ‘Malhacao’.

On talking about salary and net worth she earns a decent amount of salary and as of 2022, her net worth is about $60 million.

Is Alanis Morissette involved in any rumors and controversies?

There was a rumor that her song “You Oughta Know” is about Dave Coulier, (1995)  the former Full House star said in a recent Buzz feed interview that “it’s just really funny that it’s become this urban legend, so many years after the fact.”

Furthermore, her hair color is dark brown and gorgeous dark brown eyes. Her shoe size is 6.5 (US) and her dress size is 8 (US).

Johanne Morissette Daug Amon popular as her stage name Morissette Amon- a singer and a Filipina actress grew up in a family with a musical environment!