Alayah Benavidez gained fame after becoming the contestant of The Bachelor season 24. 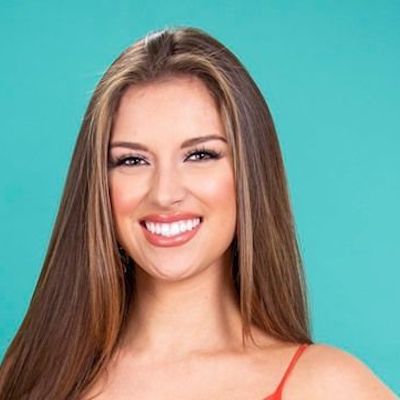 With whom Alayah Benavidez is romancing?

Alayah Benavidez’s relationship status at present is possibly single. She has not shared the details of her current affair or boyfriend’s details.

For her, an idle man is someone who has strong goals for the future and won’t hold her back to pursue her passions.

In 2020 year, she was seen romancing Peter Weber in The Bachelor‘s season 24.

Who is Alayah Benavidez?

She participated in 2019’s Miss Texas pageant and won the crown.

Her birthdate is 07 Aug 1995 and she was born in San Antonio, Texas, the United States as Alayah Nicole Benavidez. The name of her mother and her father’s identity is not stated.

Further, Alayah’s ancestry is Caucasian, and as per her academics, she attended O’Connor High School. Also, she went to college to study English.

Alayah Benavidez was seen in several reality TV shows. She did the 7th season of Bachelor in Paradise but was evicted in the 3rd week.

She also competed in The Bachelor (2020) as a contestant. She did not make it to the top and was eliminated in week 3. Fortunately, she again appeared in the 4th week but had to leave the show in the same week.

This season was aired in Jan 2020 and the bachelor was a pilot named Peter Weber.

The other girls who competed for the heart of Peter were Victoria Paul, Kelsey Weier, Maurissa Gunn, Victoria Fuller, etc. The season was won by Hannah Ann Sluss and Madison Prewett became the runner-up.

But Peter left Hannah as he said he was still in love with Madison.

The show’s host caught her before her flight to Los Angeles. But they called off their relationship after three days of the final episode on March 13, 2020.

Finally, in 2019’s Miss Texas USA, she defeated all other contestants and won the title. In the same year, she went for the Miss USA pageant but got out in the preliminary competitions.

By the review of 2022, she has an estimated net worth of $5 million. But her annual salary and other earnings are not yet announced.

This cast of The Bachelor Season 24 is keeping herself away from scandals along with desperate rumors.

Alayah Benavidez’s height is 5 ft 7 inches and her body weight is 57 kg. Moreover, she has dark brown hair and has eyes in dark brown color.