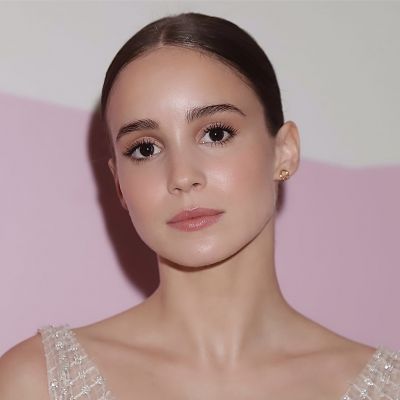 Multiple sources claim that Portuguese actress Alba Baptista, 25, and Hollywood’s heartthrob, 41, have been dating for over a year and things are very serious between the two stars.

The couple has an age gap of 16 years but that is something they don’t mind. Evans once revealed that he has become a more romantic partner with time.

The relationship is very serious and Chris is head over heels in love.

Apart from these, there is no info regarding her past relationship and affairs.

Who is Alba Baptista?

She is widely known for her roles in the movies like Warrior Nun, Jardins Proibidos (2014–2015), A Impostora, Filha da Lei, Jogo Duplo, and others.

She is soaring to fame after Chris Evan confirmed their romance.

The rumored couple was pictured holding hands while strolling through Central Park in the November of 2022. The two have been secretly dating forever a year now.

The Portuguese actress, Alba was born on 10 July 1997 in Lisbon, Portugal. As of 2022, she is 24 years old, and of mixed ethnicity. Similarly, she belongs to the Portuguese nationality while his birth sign is Cancer.

Talking about his family background, he was born to his father, Luiz Baptista, and his mother, Elsa Baptista. Her father is a Site manager at Siemens AG and is an Engineering graduate. She has two siblings including a sister named, Ana Luisa Baptista and a brother, Renato Baptista.

As per her academics, she is believed to be a high school graduate but the name of the institution she is pursuing her study is not known at the moment,

In the initial, Alba commenced her film career by appearing in a lead role in  Simão Cayatte’s short film Miami. The role in her movie earned her the Best Actress Award at the Festival Ibérico de Ciné.

Then, she was cast in the Portuguese series, A Criação, as well as the telenovelas, Jogo Duplo, and A Impostora. In the same year, she was able to establish her strong cinema career as a Portuguese actress.

In 2020, she landed as Senhora Lopes’s Daughter, in the 2020 faith-based film, Fatima. Following that, she played the role of Natasha, in the 2022 comedy-drama film, Mrs. Harris Goes to Paris.
Talking about her tv appearance, since 2020, the stunning actress has been portraying the role of Ava Silva, in the American fantasy drama series, Warrior Nun.

The beautiful actress is enjoying an amazing lifestyle along with her family members. As of 2022, she has an estimated net worth that ranges between, USD 2-3 Million approximately.

Furthermore, she makes a hefty amount from modeling, acting, movies, commercials, and promotions

But the salary she is paid early or monthly is not known.

Currently, Alba is stealing the headline after she was spotted holding hands with Chris Evans. As per the sources, it is known that the duo has been seeing each other for more than a year.

Apart from this, the stunning actress Alba has not been involved in any rumors or controversies. Alba is able to maintain a clean profile in the media and has balanced her personal as well as professional life.

The Warrior Nun actress stands at a height of 5 feet 6 inches while she weighs around 55 kg. Adding more, she has body measurements of 32-26-32 inches that indicates, her bust and hip size is 32 inches and her waist size is 26 inches.

Talking about her social media presence, Alba is quite popular on it. She owns an Instagram account under the username, @alba.baptista, which has garnered more than 644k followers.

There are many Facebook pages under her name with an impressive number of followers.

Apart from these, she does not appear to be active on other social media platforms like TikTok and YouTube.