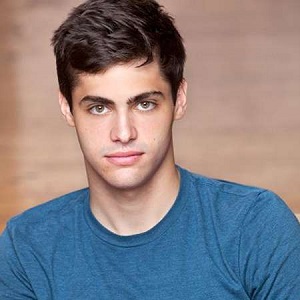 Alberto Rosende has kept his personal life private and out of the spotlight. He usually doesn’t talk about his private life in media and public. He prefers people focusing on his work rather than his personal life. He hasn’t mentioned about his affairs publically and has managed to keep it low profile.

Who is Alberto Rosende?

Alberto Rosende is an American actor. He is best known for portraying Simon Lewis in the supernatural drama television series Shadowhunters since 2016. He has also appeared in episodes the series The Swing of Things (2013) and Blue Bloods (2015).

Alberto was born on February 14, 1993, in South Florida, USA. He is the son of Martha Cristina Ferrucho and Alberto Carlos Rosende. He has a younger brother named Diego Rosende. His nationality is American and he is of Colombian and Cuban ethnicity.

Rosende attended Fort Lauderdale Children’s Theater, where he appeared in multiple productions. At that time, he starred as Link Larkin in Hairspray. He was also educated at St. Thomas Aquinas High School in Fort Lauderdale. In 2015, Rosende graduated from New York University’s Tisch School of the Arts with a Bachelor of Fine Arts

Alberto began his acting career while he was at Fort Lauderdale Children’s Theater. At that time, he appeared in multiple productions, including starring as Link Larkin in Hairspray. While he was at St. Thomas Aquinas High School, he appeared as Danny Zuko in Broadway production Grease.

His professional acting debut was in the 2013 short film The Swing of Things.  In 2015, he appeared in the fifth season of Blue Bloods as Carlos Santiago. That same year, he guest-starred in an episode of Law & Order: Special Victims Unit as Jordan Messina. In 2016, he joined the cast of supernatural drama series Shadowhunters as Simon Lewis. Since then, he appears as the main cast in the series. His income and net worth have not been revealed yet to the media.

He has a height of 5 feet 10 inches with body weight 67 kg. He has black hair color and his eye color is dark brown.