He was the seventh overall pick in the 2011 NFL Draft by the San Francisco 49ers. 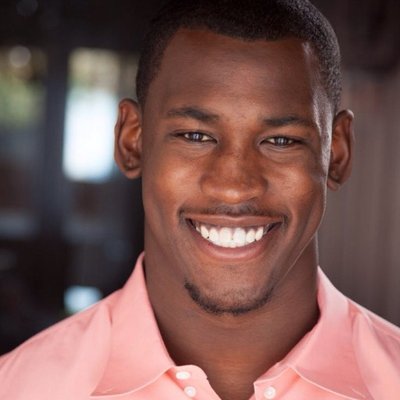 What is the relationship of Aldon Smith?

As per sources, Aldon Smith is single and is not dating anyone.

However, talking about his past relationships, he dated Shawna McKnight in 2016. After Aldon proposed to her in San Francisco, the couple got engaged in 2018.

Later, Shawna issued an arrest report against him for domestic violence. Smith bit her and ran way before the arrival of the police.

Who is Aldon Smith?

Aldon Smith is an American professional football player. He was the seventh overall pick in the 2011 NFL Draft by the San Francisco 49ers. He plays for the Oakland Raiders in The National Football League (NFL) and Dallas Cowboys.

Aldon Smith was born on September 25, 1989, in Greenwood, Mississippi, United States. As of 2022, he is 32 years old and holds American nationality. His ethnicity is African-American. As per the horoscope, the birth zodiac sign of Aldon Smith is Libra.

Thurston Smith and Kimberly Smith were his parents. He has not disclosed about his parents and siblings further details. He went to Raytown High School in Raytown, Missouri.

He used to play for the Raytown Bluejays high school football team. Later, From 2008 to 2019 Smith attended the University of Missouri where he played for the Missouri Tigers Football team. Gary Pinkel was the coach of the team.

He recorded 60 tackles and 11 sacks after which he was given the name Big 12 Defensive Freshman of the Year. Recording 48 tackles and six-packs as a sophomore hr paly nine games in 2010. Later, Smith entered the 2011 NFL.

Most NFL scouts regarded Aldon Smith as a “DE/OLB prospect” during his play at Missouri. The player also was regarded as an active edge run defender with a 4–3 end or 3–4 linebacker.

He was remembered by comparing with DeMarcus Ware. Before entering the 2011 NFL Draft, he got a chance to play in the mid-late first round by mock draft analysis. Similarly, he was drafted by San Francisco in the seventh overall pick first round.

Smith made his debut in the NFL by playing against the Seattle Seahawks. He ended the game scoring 37 total tackles, four pass deflections, two forced fumbles, and 14 sacks.

Although he was playing for the first time in his rookie season he tied the record which was already kept by defensive end Jevon Kearse. Pro Football Writers of America, he was given the title Defensive Rookie of the Year.

In the 2012 season, he started to play for a full time though he played as a situational pass rusher during his rookie year. Smith won the 1st game in opposition to the Green Bay Packers in a 30-22 victory. Smith won by 27-29 in another game opposing to Detroit Lions.

Continuously, he won against various teams like Chicago Bears, NewOrleans Saints, St.louis Rams. Smith enjoyed the victory in opposition to the New England Patriots on December 16, 2012.

Smith got the title of second highest ever debut and defensive player on the seventh-best player during the league. The San Franciso 49ers MVP was voted to him in 2012.

Smith got into a single-vehicle accident in San Jose, California on September 20 and got arrested for driving under the possession and influence of marijuana.

He was kept in a rehabilitation center. After missing five games, he returned back after 10 weeks but started the game only after 13 weeks.

Smith got ranked in the number 33 in the NFL Top 100 Players of 2014. After signing the contract with the Raiders again smith asked for the restoration. But he didn’t get it.

NFL reinstated Smith got in the Cowboys’ virtual off-season program. He recorded 53 tackles, 5 sacks, 35 quarterback pressure, 2 fumble recoveries, and 2 passes defended. He didn’t sign the contract after the end of the season.

As of 2022, the net worth of Aldon Smith is estimated to be around 2 million USD. Though, there are no details about his monthly earnings and salary.

Being one of the famous football players, he keeps appearing in the limelight.

Smith got into a single-vehicle accident in San Jose, California on September 20 and got arrested for driving under the possession and influence of marijuana. He got admitted to a rehabilitation center.

Similarly, Smith was claimed to carry a bomb by a TSA agent. So, he was arrested but later he got a suspension for his nine games for the 2014 season.

The St.Bernard Parish Sheriff’s Office filed an arrest warrant against him for second-degree battery. Later, On April 21, he gave up and surrendered himself and got freed with 25K USD.

Aldon Smith has an athletic body with 6 feet 4 inches in height. He weighs about 120 kg. He has dark brown color skin with brown eyes and black hair.