Alecia Nugent is a country Americana, bluegrass vocalist who has worked with bluegrass legend Carl Jackson on her albums. Alecia Nugent's relationship status is not available. 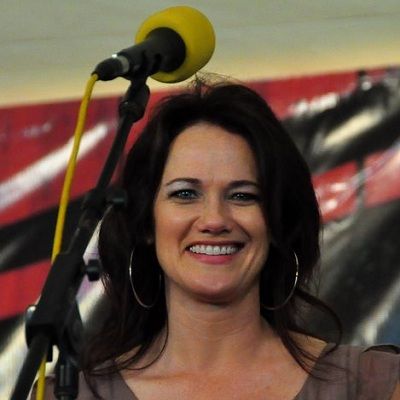 “Bluegrass fans have to be the most loyal people on earth. I’m not the kind to post a lot on Facebook, but I still get messages on there from fans saying that they would love to see and hear me again. I always make a point to respond to them"

“I haven’t talked to them in the longest time, so I don’t know if I’m still considered a Rounder artist or not. I’d certainly rather finish this album with them. They have been very good to me"

“They all love to sing, but not publicly. I tell them that if they would ever just get up on stage one time, they would love it.”

Even if she is in a relationship or has a boyfriend, there is no information about his love interest.

Who is Alecia Nugent?

Alecia Nugent is an Americana, bluegrass vocalist and musician. She has worked with bluegrass legend Carl Jackson on all of her albums.

Alecia is 47 years old. She was born in 1972, in Hickory Grove, Louisiana, the US. Her father’s name is Jimmy Nugent and her mother’s name is Carolyn Nugent. She belongs to American nationality and Norman ancestry. There is no information about her siblings.

There is no information about her school/college university.

Alecia was a prominent touring and recording artist for Rounder Records in the 2000s. Her career was a deviation of sorts, in that she didn’t play an instrument, and hadn’t had a reputation as a songwriter.

She has a wide range and a lovely voice. She brings interest and sincerity to every song she sings. In 2004, after the release of her debut album, the rest of the bluegrass world learned what she had to offer – something that listeners in northern Louisiana had known for some time.

Growing up with music in her life, following her dad, Jimmy, to band shows, she was eager to sing with them on stage. She was given the opportunity to do so on occasion even before she joined the band as a regular member as an early teen. Nugent continued singing with the band as she grew up, married, and had children.

After 2001, though she continued to work day jobs even after split with her husband, she made a move to Nashville not long after and began to catch the attention of folks in the biz.

In 2004, with Carl Jackson, with the financial assistance of one such promoter, the self-titled project was recorded. They got a positive response, leading to a second CD, A Little Girl… A Big Four Lane in ’06, again with Jackson producing, and a third, Hillbilly Goddess in ’09 produced by Jerry Salley.

Around this period, she worked an aggressive performance schedule and dealt with all the issues of keeping a band together on top of maintaining joint custody of her three girls between homes in Louisiana and Tennessee.

She has an estimated net worth of $19 million. Her wealth stems mostly from her work in singing.

Though, being popular this singer has always stayed away from rumors and controversies.

Alecia has Blonde hair and blue eye color. Currently, there is no information regarding her body measurements.