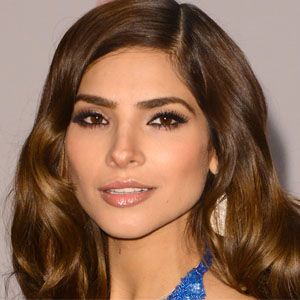 Alejandra Espinoza is a married woman. She is married to Anibal Marrero. The couple exchanged their marital vows on 10 Sep 2011. Her husband is an Artistic Director and Choreographer.

They both have one son, named Matteo, who was born in 2015. There is no information about her previous relationship.

Who is Alejandra Espinoza?

Alejandra Espinoza is a Mexican beauty queen, model, and TV presenter. She is famous for winning the first year of Univision’s beauty contest show called Nuestra Belleza Latina in the year 2007.

Alejandra was born on March 27, 1987, in Tijuana, Baja California, Mexico as Alejandra Espinoza Cruz. She was raised by her mother Rosa María. Her father, Jose is a doctor.

She also has nine siblings. In 2001 her family migrated to California. They settled in San Ysidro, California. Before fame, she worked at a fast-food restaurant.

However, she tried herself as a model in her free time by participating in beauty pageants. She is of Mexican descent and holds a Mexican nationality.

Alejandra Espinoza started her professional model career in 2006. She competed in the Nuestra Belleza Mexico pageant, and in the end finished as third Runner-Up.

In 2008, she joined the hit show “Sabado Gigante” as co-presenter on Univision’s along with Don Francisco. She left the show in 2014, after appearing in 333 weekly shows and spending there 6 years in a row.

Then she decided to pursue her work at several projects in Los Angeles. After that, she returned to the Nuestra Belleza Latina as a co-host. Moreover, she is represented by MC2 Model Management in Miami, California.

In 2015 she becomes the host of the brand new reality show called “La Banda”, which was a singing competition.

Alejandra Espinoza: Net Worth and Salary

Espinoza has not revealed any information about her financial facts. So her current net worth and salary are unknown.

Currently, there are no desperate rumors regarding her personal and professional life. Also, there is no news about her controversy yet as known.

Alejandra Espinoza is a tall and gorgeous woman with a height of 5 feet 8 inches and has black hair. Similarly, her eye color is also black.

She has a body measurement of 33-24-35 inches with a decent weight.

Also get to know more about Shandi Finnessey, Dylan Penn, and Donna Dixon.

Who Is Cassey Ho’s Husband Sam Livits? Ho Explains Why She Hid Her Relationship From Internet For 9 Years!