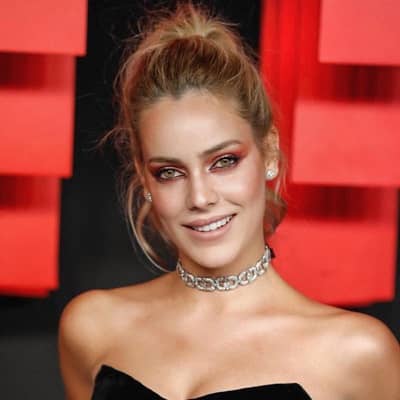 Alejandra Onieva is currently dating a guy named Sebastian Stan. Sebastian is also an actor by profession. The couple was seen together in July 2020, enjoying quality time with each other.

Who is Alejandra Onieva?

Alejandra Onieva is a renowned actor, model, and social activist from Spain. She rose to fame after appearing as Soledad Castro Montenegro in the long-running soap opera, EI Secreto de Puente Viejo. She is also best known for appearing in the Spanish Netflix original series Alta Mar.

Alejandra was born on June 1, 1992, in Madrid, Spain. She holds Spanish nationality and her ethnicity is Caucasian.

Alejandra hasn’t yet disclosed her parent’s identity in the media. She has two brothers named Inigo Onieva and Willy Onieva. Onieva did her schooling from Interactive Study and Fourth Wall. Afterward, she attended Villanueva University where she studied advertising, public relations, and fashion.

However, she dropped out of the university in the mid after she had been selected cast in the daily series El Secreto de Puente Viejo. She also attended acting classes at the Interactivo Studios, Juan Codina School, and Cuarta Pared School.

Alejandra’s first role was on the daily series El Secreto de Puente Viejo where she portrayed the role of Soledad Montenegro between 2011 to 2014. In 2014, she appeared in the drama-romance film, Por un panado de Besos as Mamen. That year, she also starred in an action short movie called Capitan Mandarina; Electrico.

A year after, she was cast in the drama film Hazing where she portrayed the role of Gladys. She has guest-appeared in several series such as Sotto Copertura; La Cattura di Zagaria (2017), Queens (2017), Ella es tu padre (2017-2018), and more. Since May 2019, she has been portraying the main role of Carolina Villanueva in the Netflix crime TV Series, High Seas. Furthermore, she starred in theater plays like “A Midsummer Nights” and “EI Burladoe De Sevilla”.

Alejandra has managed to maintain a clean profile to date. She hasn’t been part of any sorts of rumors and controversy that create a huge buzz in the media.

Grant has accumulated a decent amount of fortune throughout her successful career as a model and actress. According to other online sources, she has an estimated net worth in the range of $800k to $1 million. Further, her salary and other earnings are still under review.

The actress has well-maintained body physic. Talking about her physical appearance, she is 5 feet 5 inches tall, and her weight is about 61 kg. Likewise, she has a blonde hair color and blue pair of eyes.