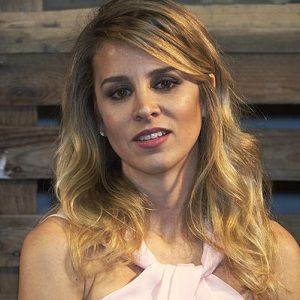 Alejandra Silva is a married woman. As she is married twice. At first, she married Govind Friedland. He is a mining magnate.

She had a son Albert with him in December 2012. They were in the process of divorce by October 2015.

After that, she was was in a relationship with actor Richard Gere. He was her longtime family friend. They married in April 2018.

The marriage was held at Gere’s estate in Pound Ridge, New York. Likewise, they have a boy together in February 2019. They named him Alexander.

Who is Alejandra Silva?

Alejandra Silva is known for being a Spanish publicist, businesswoman, and activist. She has also promoted a non-profit initiative called Beautiful Life Fund.

This initiative raises awareness of the plight of children in need, distressed refugee children, victims of war, and the education of homeless children around the world.

She was born on 16th February 1983 in A Coruna, Spain. She is the daughter of Ignacio Silva and Paola Gracia-Baquero.

Her father is a businessman and also the former Vice President of the Real Madrid Football Club.

Her nationality is Spanish but her ethnicity is Caucasian.

Talking about her education, she attended Saint Louis and Mater Salvatoris School during her childhood. Similarly, she went to a school in Dorset and completed her A-levels.

Likewise, she graduated with a degree in advertising and marketing from a university in Madrid.

In the year 2007, Alejandra Silva promoted a nonprofit initiative jointly with Karolina Kurkova called Beautiful Life Fund. It raises awareness of the plight of children in need, distressed refugee children, victims of war, and the education of homeless children around the world.

In the year 2010, Alejandra Silva participated in the Real Madrid Football Club Foundation African Initiative Project by creating soccer leagues. It was a means of integrating underprivileged children to their local communities and promoting sports and its values amongst African families.

There is no information about the awards and nominations of Silva.

She might earn a huge amount of money from her career. But she has not disclosed her salary and net worth.

However, the estimated net worth of her husband Richard Gere is $100 million.

Talking about Alejandra Silva’s body measurements, she has a height of 5 feet 7 inches and her weight is around 60kg. Similarly, she has blonde hair and hazel color eyes.